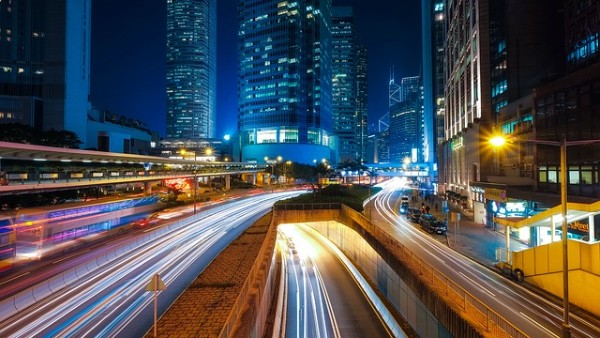 The debate on suburban lifestyle and urban one has been going on for years. Different factors shape the decision you choose. However, there are some things you need to consider before deciding if a city will be the right place for you. In this blog post, we’ll cover the pros and cons of living in both cities and suburbs so you can make an informed decision.

City life has the following advantages;

Living in the city can give you access to many different cultures, languages, and cuisines, which is impossible in suburbs where everyone around you will most likely have similar backgrounds or lifestyles. If you live close enough to town, there’s no need for cars since everything is easily accessible by foot or public transportation, so this saves on monthly car payments and gas expenses.

In the heart of your city, there should be plenty of entertainment options with museums galore, theatre districts, and nightlife scenes where revelers meet to dance the night away. You will never be more than a few blocks away from anything in a city, whether it’s food or public transportation.

The Los Angeles apartments, for example, provide a lifestyle anchored in wellness and community. The sheer number of people around means protecting against crimes for those who don’t live in gated communities. Another pro to urban life is that your surroundings tend to be cleaner, making them seem safer, too, since less garbage has been thrown on sidewalks or left out improperly.

City life is not a walk in the park. It has some difficulties such as;

Many cities can be boisterous with people yelling, honking their horns, and public announcements playing over loudspeakers all day long. Plus, there’s always construction going on to make way for new buildings or other improvements, which are never fun when you’re trying to sleep at night.

Traffic can be rough in some cities, especially during rush hour, which is never fun when trying to get somewhere on time or have a strict work schedule. Parking spots tend to cost much more than they do outside urban areas because many people are competing for limited space and expensive rates; plus, street parking might not always be available but requires purchase with an app beforehand.

Living in the city is quite expensive, with everything costing more because the population is so dense. Rent prices are higher than they would be in the suburbs, and commuting to work means you’re spending money on transportation instead of saving it like when living outside the city limits.

Life outside the city brings some good tidings. Some of the pros are as follows;

Living in a suburb can have its benefits, which might not be available if you choose to live in an urban area. You’ll most likely find yourself with much more space, greener surroundings, and less noise pollution; plus, there’s usually plenty of parking around since cars tend to fill streets within cities, causing congestion issues for everyone else.

A big pro about suburban life is that your commute will take up far less time than it would if you lived elsewhere due to having shorter distances each day. If gas prices go up, you may innovate other ways of moving about, such as cycling.

Suburbs commonly offer much more affordable rental rates, which means you may be able to get by with less money or save up for something else. Also, you avoid regular rental hikes. The food tends to be cheaper, too, since everything is nearby, so there’s no need for the expensive gas expenses associated with traveling far distances just for groceries.

Suburb living has its limitations to dwellers, as given below.

Cities are indeed bursting with different cultures and festivals popping up every day; however, it might feel like life is pretty dull when you live in suburbia because there isn’t much to do or see around town.

Since most people spread out, there are few social amenities. For instance, if you’re looking for a specific type of restaurant and it’s not in your neighborhood, you’ll have to go on an adventure into the unknown to find it.

It might seem like there are more conveniences when living outside urban areas, but that can’t be farther from the truth. You may think getting groceries will be easy because they’re always nearby; however, hours tend to vary quite considerably between stores, and then someone is bound to get stuck with only one or two choices when grocery shopping at night.

Living out in suburbia means being surrounded by fewer people, which means just about everything closes earlier than what would happen within city limits – making difficult things hard, such as childcare options after school.

In the end, it’s up to you whether or not living in a city is for you. The pros and cons of both locations are comparable in some ways but very different in others; however, each has its unique qualities that someone might find more attractive than another, depending on what suits you. Just think about which option is better suited to your lifestyle before making any decisions.