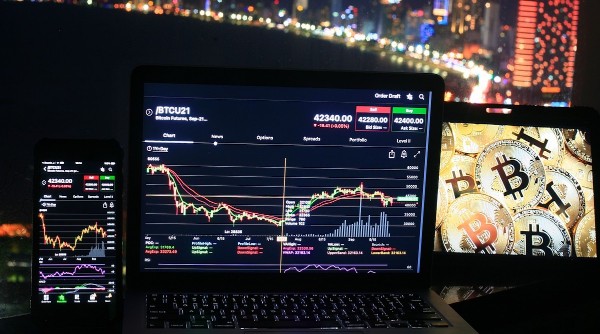 Bitcoin and altcoins plunged amid a bear market – Antony Portno, Managing Director at Traders of Crypto, explains the causes of the crypto crash and what it means for the future of cryptocurrency around the world.

Bitcoin has fallen to its lowest point in about 18 months, trading just above $21,000 on Thursday morning. At the same time, almost all other cryptocurrencies have also been suffering staggering price drops, most in double-digit figures. The global cryptocurrency market cap has shrunk by more than $1 trillion since 2021.

Due to the fragmented and unregulated nature of the cryptocurrency market, it is hard to tell with certainty why it is crashing, but some of the likely contributing factors are outlined below:

The Nasdaq index has had its biggest monthly drop since the 2008 financial crisis and that has been terrible news for cryptocurrencies like bitcoin. According to Arcane Research, the correlation between Bitcoin and the Nasdaq is nearly 0.82 – which means that when the Nasdaq falls, Bitcoin is likely to follow. A likely explanation is that Bitcoin and the Nasdaq are both technology-related investments and are therefore likely to attract the same category of investors.

Aggressive Federal Reserve – After years of easy monetary policy, the Federal Reserve has started to take away the intoxicating mix of excess liquidity and easy money that has enabled risky assets like crypto to do well. In general, investors have a lower appetite for holding high-risk assets like crypto when interest rates are higher. This is in part driven by the fact that other assets (like bonds) now have higher returns, and so some investors switch over to get those lower-risk and now higher returns.

Amid already precarious market conditions, Celsius Network (CEL), a crypto lending company, paused all account withdrawals and transfers. It caused the already struggling bitcoin to fall further, dropping more than 7.8%. Functioning similarly to a traditional bank, albeit one for crypto, Celsius is seen by many as a cornerstone of decentralized finance. Scaling back in its operations, Celsius contributed to the growing concerns over the future of crypto as investors got scared about the safety of their bitcoin held at Celsius.Other global factors, such as the spike in the inflation rate in the US accelerated by Russia’s invasion of Ukraine and post-Covid lockdowns, as well as China’s introduction of restrictions on the use of crypto, have certainly contributed to the uncertainty of investors.

While in current circumstances, it is hard to make a prognosis on the direction of cryptocurrencies in the near future, here are some factors one should take into consideration:

Read Another Confession:   7 Tips to Become a Successful Web Designer

Credit the experts at Traders of Crypto.