Entrepreneurship: Do You Actually Need A Degree? 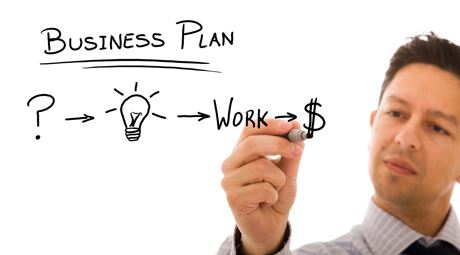 Do you think that going to college is mandatory in order to have a great business?

We all tend to think that getting good grades in college and working hard to access a nice paying job is the ultimate way towards success. However, in today’s society these are more of a status quo because they don’t really bring the formula to success.

Sure, education has its own place in our society and we do need it for a variety of things, but you can find a wide range of entrepreneurs that didn’t require education and they still achieved quite a lot in their life.

With this in mind, I have created a list with some of the most interesting success stories of entrepreneurs that managed to achieve the best results simply by focusing on their company and not the lack of education that they had. These entrepreneurs are the definition of self-made fortune makers, because they knew the challenges of their business, studied and addressed them then achieved amazing results. If you want to become a self-made entrepreneur you should try and study these amazing cases to see if you really need to go to college or if you should start focusing on creating your own business.

Read Another Confession:   13 Things Successful People Do Before Going To Bed [Infographic]

DO YOU ACTUALLY NEEDA  A DEGREE?

9 FAMOUS ENTREPRENEURS WHO DROPPED OUT OF COLLEGE

“You don’t have to be a genious or a visionary or even a college graduate to be successful. You just need a framework and a dream.”

STUDENT RECORD
University of Texas
Dropped out at 19

Launched the personal computer revolution of the 1980s with the creation of the Dell Computer Corporation, Dell was building and selling PCs directly to customers.

During the 1st year, Dell computers had $6 million in sales.

Steve and his friend S. Wozniak introduced the Apple II — the first personal computer in 1977.

Apple Macintosh – the first 1st PC with a graphical user-interface and a mouse went public in 1984.

Steve launched NeXT as a breakthrough computer for revolutionizing research and higher education.

STUDENT RECORD
University of Chicago
Dropped out at 20

Ellison and two of his colleagues founded Software Development Labs and soon had a contract to build a database-management system called Oracle for the CIA.

Ellison made the company the leader in the database-management realm.

Read Another Confession:   Millionaire’s Map: Countries Boasting The Most [Infographic]

Bill Gates and his business partner Paul Allenbuilt launched Microsoft with the “goal of getting a computer on every person’s desk.”

Today Microsoft is the worldwide leader in personal and business computer software, which employs > 64,000 people across 85 countries.

The Harvard Crimson called him “Harvard’s most successful dropout”.

He is the 1st richest person in the world and is the world’s most giving humnaitarian (Bill has donated more than half his fortune to charities).

Mark created Facebook in college, where he was already known as a “programming prodigy”.

Facebook (Facemash) gained extreme popularity over the 1st week and even caused Harvard’s servers to crash.

In 2005, Zuckerberg’s enterprise received a huge investment from Accel Partners, which made Facebook extend to hundreds of colleges and universities.

STUDENT RECORD
University of Nebraska
Dropped out at 20

STUDENT RECORD
U.C.L.A.
Dropped out at 21

Before Uber, Mr. Kalanick served as an Advisor of Sociable Labs, Inc. He served as Chief Swoosher of Red Swoosh, Inc. He was also a Director of Dolores Labs, Inc. (now CrowdFlower, Inc.)

Read Another Confession:   5 Tips For Looking For Office Space

Whole FOODS was launched as a vegetarian food company.

Mackey and his then-girlfriend had borrowed money from friends and family to start a vegetarian food company.

Several years ago, Mackey decided to cut his own salary to $1 and skip any future stock options or bonuses.