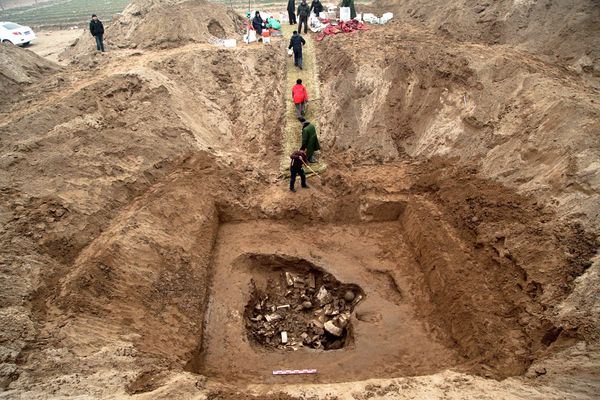 Over the decades, there have been innumerable prehistoric discoveries that allow us to peek into the lives of our forefathers. In many ways, archaeology changes our perception of the past. The more primitive artefacts and grounds that are discovered, the more myths unfold – from the Baghdad battery to the Voynich manuscript, Sacsayhuaman to the tomb of the sunken skulls. Archaeological discoveries help us to understand our ancestors’ ancient customs and traditions so that we can appreciate their way of life. Archaeological finds that interweave science with legend have helped us to bond the past with our present. Scholars, excavators and archaeologists have discovered prehistoric artefacts, hidden cities and even sanctified burial lands.

Claire from Caherconnell Stone Fort sent us this stunning infographic that features ten of the most momentous archaeological finds in recent times. It unshrouds the mystery around the discovery of the Voynich manuscript, which is known to many as the world’s most mysterious manuscript. It is believed that the majority of the manuscript’s pages are filled with herbal recipes. However, the plants mentioned in the manuscript have been matched to any known species. In addition to this, to this day the language used within the manuscript remains incomprehensible. For more details on the miraculous finds, let’s check out the infographic below to learn more!

The Greatest ARCHAEOLOGICAL DISCOVERIES of all time

Over the centuries, there have been lots of great discoveries. Let’s take a look at some of the greatest!

Read Another Confession:   How to Turn Your Internship Into A Full-Time Gig [Infographic]

Described as the world’s most mysterious manuscript.

Read Another Confession:   The Office Crush

Location: Off the coast of Antkythera, Greece

Although there is debate over its exact use it certainly shows that even 2000 years ago civilization was already accomplishing advanced feats of mechanical engineering.

10. The Tomb of the Sunk Skulls