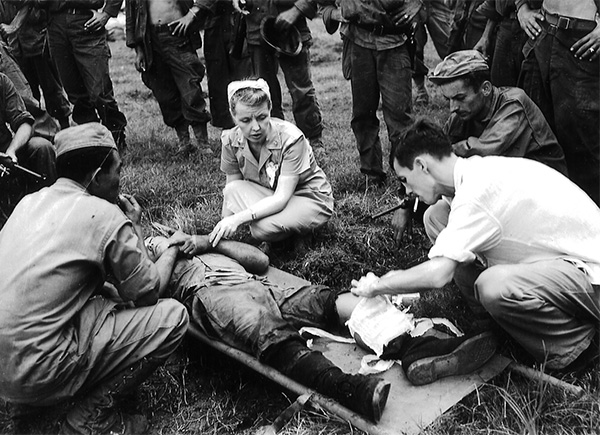 The concept of the nurse is deeply rooted in history, going as far back as well over 2000 years ago, in regards to recorded history. It can only be assumed that nursing goes even further back to the time of Ancient Greece, Ancient Egypt, and Ancient Sumeria and beyond. Wherever there has been humans and civilization, there have been nurses to help the sick and ill. The task of a nurse is a special one and not a job that everyone can handle.

Taking an oath to care for the patient, regardless of their health, is not an oath to be taken lightly, and those nurses who step up to the job, often find themselves stressed out, but often cannot explain why they continue to do their jobs. They are simply born with natural ability and the gift of wanting to heal and help others. Nurses are found throughout the world and are in great demand worldwide.

No matter how many job positions are filled by nurses, there is still a great shortage, especially as the population continues to age. Nurses are needed at every stage of life, especially in infancy, pregnancy, illness, and death.The specific job of a nurse is to assess, research, care, teach, and restore. Without nurses, the healthcare world would be a very different place.

Read Another Confession:   7 Reasons Why You Should Automate Your Business

This infographic explores the recorded history of nursing.

The History of Nursing

Today:
There are over 2.9 million nurses in America
Or one for every 102 Americans
Caring for over 8 million Americans a day.

But it wasn’t always that way

The first recorded nurse:
Phoebe a deaconess was sent to Rome by Paul to nurse both men and women.

Romans 16:1-3
“I commend to you our sister Phoebe, who is a servant of the church which is at Cenchrea;that you receive her in the Lord in a manner worthy of the saints, and that you help her in whatever matter she may have need of you; for she herself has also been a helper of many, and of myself as well.”

165-180 AD: Christian nurses won friends caring for the sick of the smallpox epidemic.
325 AD: “It’s the Christian thing to do”
Unlike pagans before, the First Council of Nicea started the construction of a hospital in every cathedral town.
Earliest include:
Caesarea (Turkey)
And Constantinople

Read Another Confession:   Leadership Styles Around the World [Infographic]

Which included housing for nurses and doctors
A separate section for lepers.
Space for medical and pharmacological studies.
A chief physician, professional nurses, and orderlies.

580 AD: Merida, Spain
A xenodochium was established.
An inn for travelers +
a hospital for citizens and local farmers

1200’s: Dominican and Franciscan Orders created who also have a long lineage of nursing the sick.

1600-1800: Nursing ranks dissipated as women forced to remain at home.

Deaconesses:
Women pledged themselves to 5 years of service for room, board, uniforms, pocket change, and lifelong care.

Read Another Confession:   Interested in Construction Work? Here Are 5 Things You Should Know

World War II transformed nursing in America.
With 1 nurse for every 10 soldiers
And 600,000 soldiers.

In his final “fireside chat” President Roosevelt–fearing heavy casualties in the invasion of Japan called for a compulsory draft of nurses.