To Value or Devalue? 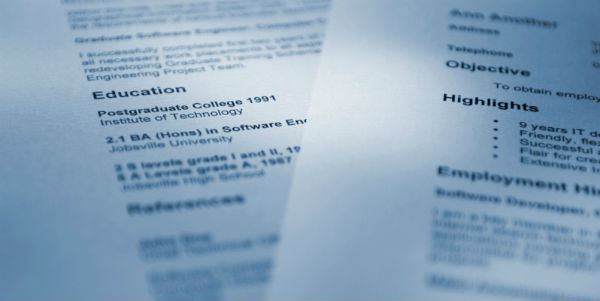 There is no doubt that when you look at the salary of CEOs or even Congress today, the pay raise is extremely significant, compared to what it was years ago. They make well above what any other worker in the United States is making and as far as their raise goes, no other fields have seen such a significant increase and a wider gap. Several other career fields have also seen a great increase in their own salaries as well. Despite what the facts are when it comes to how much workers are making, the question is, how much should you be earning?

There are several reasons CEOs are making so much, which includes reasons such as they are usually appointed to their position, after many years of proving their worth, but they also bear a lot of responsibility for the future of the company. There have been plenty of CEOs who have failed their companies and caused great losses and suffering, while plenty of others have boosted their companies beyond what any prior CEOs had ever done. This confession will not focus on what CEOs actually make and whether they deserve it or not.

The question when it comes to salaries, is whether you, I, or any of us are getting paid our worth for what we actually do. On the coasts, specifically in the healthcare and technological fields, the pay is higher, while the industries that do not require a significant education and pay out minimum wage are the same, usually an average of $7 – $9 an hour, depending on the state’s minimum wage level. Now when we speak of raises, there are many people who feel that the answer is, “Yes”, everyone deserves a raise. But exactly how much?

When you go into an interview, do you ask for more than you think you should have, enough to fit your current budget, or less? Asking for more might make them devalue your services and make you truly work for it, while asking for enough to fit your current budget might make you comfortable, but is it exactly the value of the job or just what you valued yourself at? And what about our last option, the option of willingly devaluing ourselves because we know that if we ask for more, we think we won’t get it. And of course, some of us do ask for more but we don’t get it, and we’re now out of a potential job, had we just asked for less. Asking for less, though, might make you feel devalued, or at least, devalued over the time of the job.

Just how much more could we get done if we did not have to spend our entire lives chasing and killing each other for the precious “bills” that are used to pay for things we want, need, or have. Unfortunately, “work” is somewhat of a necessity at this very moment. That is, until a robot is created to do everyone’s job. The issue comes to be, what exactly, if that happened, would we need money for? If a robotic is able to fix a machine of robots because robots now do all the work, what could we be focusing on?

The economy is the way it is because of how we value ourselves, how we value each other, and how we let others value themselves. Women are now receiving equal, identical, or similar pay because they are beginning to ask for it, to show that it is unequal. For sure, no woman deserves less than a man who does the same work. Absolutely. You cannot call someone your equal when you clearly make more money than them. Because, as it stands, that is how we value ourselves: in terms of money.

Read Another Confession:   Home Renovations That Increase Value and Quality Of Your Home

People who go in for an interview, ask for an amount, are likely prepared to get the job done, not because they know how to do it, but because they are willing to learn and improvise at a moment’s notice because of how much they are getting paid. For example, would you be willing to give my dog a kiss for $10? You dog lovers would say, “Sure, but I’d do it for free.” $10 would be almost 40 to 45 minutes of my time, therefore, can I you just do it for free? Thanks. She loves kisses, trust me.

Anyways, how much do you value your time? If I told you to go to a fast food restaurant and cook food for eight hours and make sure the customers are fed, how much do you think that time is worth? According to the nation, about $9.70 which is the new minimum wage. Don’t know how old you are, but in my day, it was nearing $4.00. Can you believe that? You spent 8 hours working to make $32.00, for which you would receive around $25.00 after taxes to state, local, and federal governments. So your total worth for that time was just $25.00.

For most of the world, inflation rises faster than any pay raise or wage, thus the economy technically suffers even more and remains unbalanced. For those who asked for the higher paying salary and received, while money never solved their happiness problems, it certainly rewarded them with luxury. There are two types of people in the world: those who live wondering what and where their next meal will be, and those who don’t. We all strive to be the ones who don’t, but how many of us truly understand what it is like to be the one who wonders?

The one who wonders exists because somewhere along the line, we decided we had more value than everyone else. It is our ego, our superego, and the id that really gets the best of us. With these three elements, there is no full possibility of hope or peace or end to greed because these three will always cause us to want more than what someone else has. While some of us may be willing to give the shirts off our back, what if everyone else needed your shirt? How much would you be willing to give up or sacrifice your time and money for others? Of course, there is charity and it is great to donate. I certainly encourage donating to any food bank, any children’s hospital, any fund for the elderly, or mentally disabled. Do not think that money cannot solve some problems, just not most problems. I suppose we could get into socio-economic ideologies of Capitalism, Colonialism, Communism, Distributism, Feudalism, and Socialism. But those never solved any problems, either. All of them have their pros but all of them also have their cons.

The value of the human being is determined by the human condition. There is no right or wrong in asking for what you want. Whether you get it is another story. In some cases, someone might just say yes. In other cases, someone might just say no. It is kind of a chance opportunity, isn’t it? Imagine asking for $80,000 a year of $120,000 and getting it. What would you actually do? At the time of this writing, these salaries are not far-fetched. The reality, unfortunately, is that most people are making far less than that, under $50,000 a year, and even more under $30,000 a year. But going in for an interview and asking for what you think is an “hopefully reasonable price” they are willing to pay you, and then actually getting it? Probably like hitting the lottery. I asked for it once and they actually gave it to me. It did not make me rich, but it was a step up from well under $30,000 a year. A $40,000 a year student loan definitely helped with that escalation of my asking.

Read Another Confession:   A Convicted Felon

I wanted to be paid off within 2-3 years, 2-3 days if I had it my way, as the more time spent paying off that student loan, the less time I have to enjoy my life. I paid it off within 2 years and was free from student loans, but unfortunately, not the mortgage. The trick to really knowing what you want is how you value yourself, but just how much more can you value yourself over the next person doing that same job or others who are doing similar jobs? Just exactly how much do you value their job? Maybe you got lucky and asked for more than your co-worker or other department

Everything in our world is measured in time and money. Money is always the value of your time. Time is always going to make or break the value of your money. Knowing what to ask for according to your budget is usually always best, and if it helps you pay your bills, live comfortably, and afford the life of luxury, than enjoy it, but also take joy in helping out others once in a while, spreading the good in you to the world. Don’t hold it all in and keep it for yourself. After all, you did what most people struggle to do everyday: live comfortably without worrying about their next place to live or next meal to eat.

Don’t be afraid to ask for what you want, but realize that it is when we ask for our salary in which we demand money for our time, we are setting some type of path for others to follow the lead, thus increasing economic demands, and possibly causing a ripple effect in the entire socio-economical system.