Importance of Early Intervention for Children with Autism 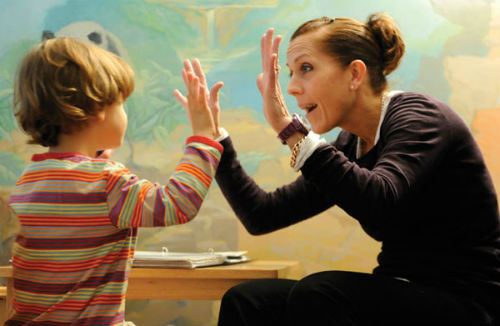 It is widely known that our formative years are some of our most important ones developmentally. A child’s early years are when he or she learns basic cognitive functions as well as speech, physical hand-eye coordination and comprehension.

Did you know that today 1 in 88 children are identified with an autism spectrum disorder? Known simply as ASD, this group of developmental frailties can cause major behavioral, social and communication challenges. Since Autism occurs on a spectrum of symptoms, each person with the disorder will be impacted differently. This is why it is vital to practice early intervention for children with autism.

Early intervention isn’t a one size fits all cure, but studies show that a combination of applied behavioral analysis, which is the use of psychology training techniques to teach behaviors and skills, as well as ongoing, parent-mediated interventions can help to reduce some of the most debilitating autism symptoms. Skills including walking and social interaction are learned from birth to the age of three, so these early forms of treatment can truly alleviate years of pain and suffering down the road. Impressively, data has shown that high-quality early interventions, make enough impact that many children with ASD no longer meet the diagnostic criteria for autism. 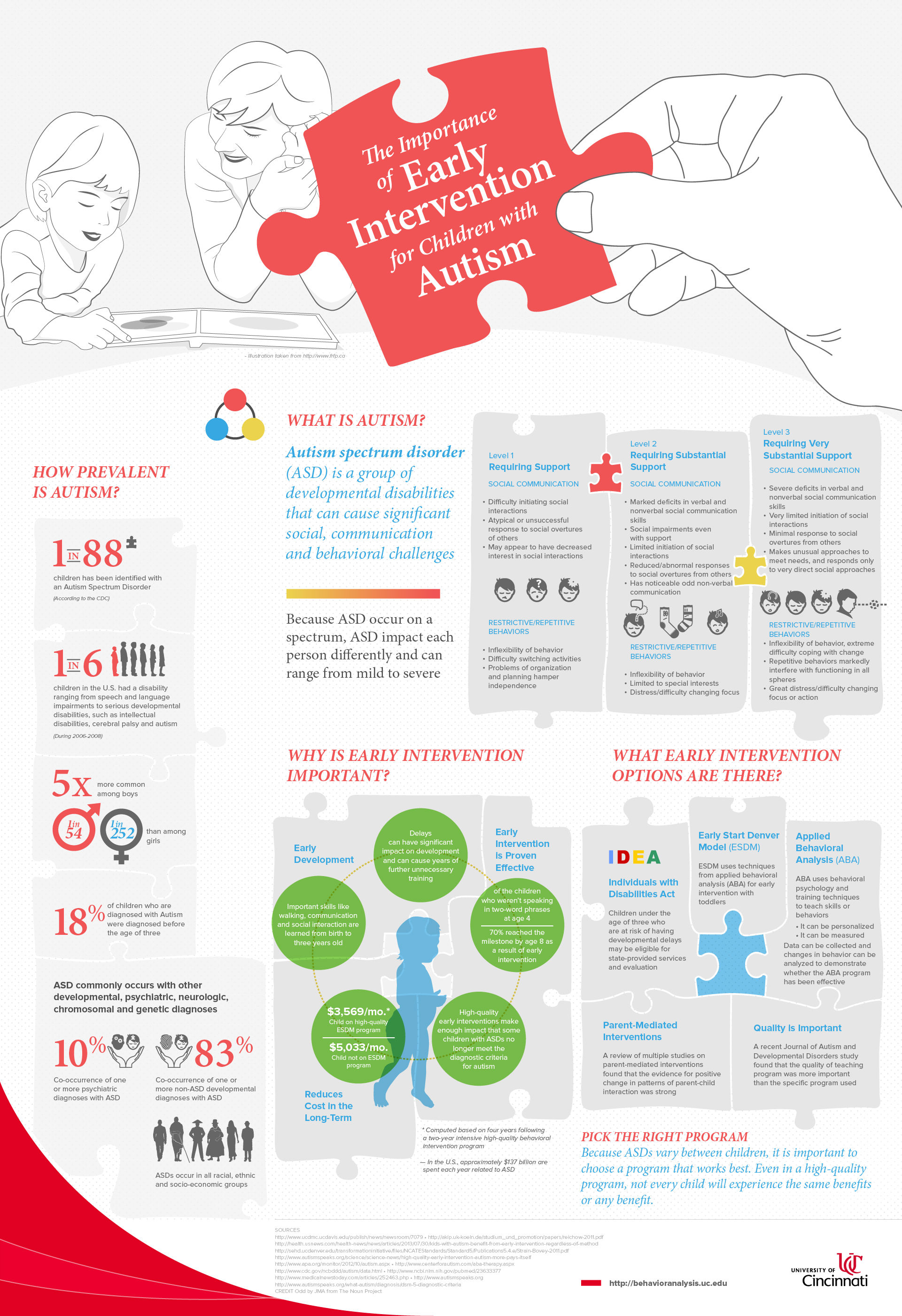 The Importance of Early Intervention for Children with Autism

Autism spectrum disorder (ASD) is a group of developmental disabilities that can cause significant social, communication, and behavioral challenges

Because ASD occur on a spectrum, ASD impact each person differently and can range from mild to severe

HOW PREVALENT IS AUTISM?

1 in 6 children in the U.S. had a disability ranging from speech and language impairments to serious developmental disabilities, such as intellectual disabilities, cerebral palsy, and autism (During 2006-2008)

10% Co-occurence of one or more psychiatric diagnoses with ASD

ASDs occur in all racial, ethnic, and socio-economic groups

WHY IS EARLY INTERVENTION IMPORTANT?

Reduces Cost in the Long-Term

— In the U.S. approximately $137 billion is spent each year related to ASD

WHAT EARLY INTERVENTION OPTIONS ARE THERE?

Read Another Confession:   Temples of Chennai

Because ASDs vary between the children, it is important to choose a program that works best. Even in a high-quality program, not every child will experience the same benefits or any benefit.