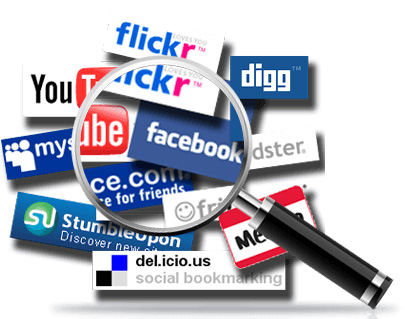 Using Social Media To Determine Whether To Hire Or Fire

Social media is becoming more and more influential on how employers view candidates. Twitter, Facebook, Instagram and other social media sites are more often utilized to analyse a candidate’s profile. We’ve all made common mistakes while applying for positions. Did you ever consider your social media habits would be evaluated in the job hiring process?

The impact of social media wasn’t as prevalent even a decade ago. These days employers are scanning social media pages for potential new employees. Hiring managers can often find a plethora of information related to the candidate in question. They can find out if the candidate bad mouthed their current job online. A human resources department could red flag any candidate that publicly airs disapproval for their current employer. The potential new company could wonder what you will post about them publicly.

The hiring team might also look for pictures that involve heavy drinking, drug use or any other illegal activities. Possible candidates can post photos that just don’t align with the company philosophy. Employers might catch those issues and rule them out of the process. Candidates could even talk negatively about the product the company produces. That would be an easy way for a company to toss out their resume.

Read Another Confession:   The Opportunity

Employers notice the social media posts which are overly negative. Negative posts have a negative impact on the employer’s perception of the candidate. Candidates should change the direction of a social media posts if most of them are going negative and keep the comments positive.
The competition for a certain position is becoming more and more steep every single day. Candidates could be going up against as many as 100 people for the same position. That is why it’s important to have a good resume too. One can find many tips for writing the best resume online. Human resource departments need to narrow the search to a select group to interview. Bad judgment on social media posts could be the difference between the resume making the cut or not.

Social media posts could prevent candidates from landing the job. Their Facebook profile might contain a racist or controversial statement, the thing that would not sit well with the employer. Companies want to hire someone who aligns within their respective work culture. That’s why you may need to shape your social media image before applying.

For instance, if you are applying for a Customer Care Specialist position but you are always complaining about the system or about how people who work in a Call Center have treated you, that would not be a great move. Posting about this kind of things on Facebook will not only discourage the future employee in the recruiting process but also will affect your personal image on Facebook. People who are always complaining about something are usually nervous, anxious and eager to solve a problem that is bothering them in the fastest way possible. These characteristics do not go well with the job requirements.

4. Posts that Fit a Company’s Culture

A company wants to hire the best fit for their work culture. There are many potential employees who can get the job done so candidates shouldn’t give any future employers the ability to weed them out because of a social media post.

It’s important for candidates to rethink their social media image before a job search. They can try to go through Facebook posts to see if anything might be deemed controversial. They should ask themselves if that post would offend anyone. If that’s the case, it needs to be deleted. They can also scroll through Twitter to see if there’s anything contrary to the company agenda and take a long look at pictures on the social media sites to see if anything might be offensive in nature.

5. Social Media as a Distraction

Social media can be fun to connect with people but some candidates may use it as a forum to vent frustration with politics, religion or the government. Although it’s okay to have an opinion, a potential job employer might see the candidate’s views as a conflict or a potential work place distraction.
Human resource departments want to land an employee who doesn’t cause any work place distractions. That is why they will check what candidates are posting to see if that could be the case. Candidates can utilize social media intelligently and keep employers from getting the wrong perception. It’s easy to judge the character of a person based on one photo or post. Sometimes a picture is worth a 1000 words so the wrong social media image could say more negative than positive things about an employee. The same is true for a written post.

Possible candidates should keep in mind all the tips mentioned above when posting on social media, as it could really hurt their job chances if there is anything deemed or controversial. Nowadays, before getting someone hired, the employer searches for every piece of evidence which proves that the candidate would be a great asset for their company. That involves also their social media accounts.