In 2004, there were four beautiful girls who made a movie that became a classic. Who knew at the time that the movie was actually a good movie, that portrayed, at least, in Hollywood style, how girls act around each other. These girls were Lindsay Lohan, Rachel McAdams, Lacey Chabert, and Amanda Seyfried. The movie was Mean Girls. And since then, most of the girls have gone on to play absolute astonishing roles in major films. 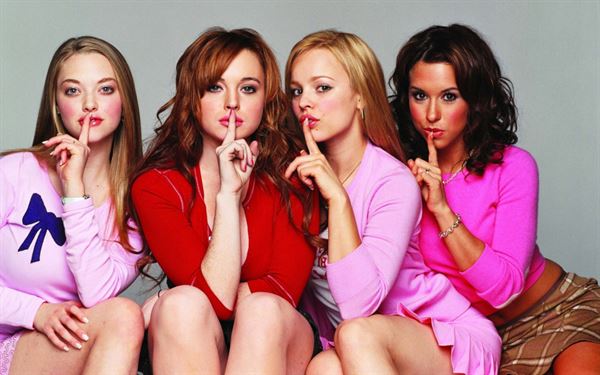 I heard once that in order to tell how successful a college is: Look at their rejection rate. This makes sense: The best colleges can afford to turn people down. The same goes for a movie star in Hollywood: The best movie stars get movie offers all the time.

When they become the best, they no longer look for movie parts. The movie parts come to them and they are offered millions to play the part. When they were nothing, they were the ones looking for any movie part that came along.

Now I’m not here to judge, but just from strict observation, I certainly had wondered why an article had never been written on this, despite the pattern. All four are more successful and have made more money in their lifetime than I will ever in mine. So certainly, I can write about it, but it is just my opinion and my observation.

When she was younger, I respected her so much. I thought she was an amazing actress, beautiful, and definitely talented. She was the cute red head in Parent Trap, the blossoming teenager in Freaky Friday, the innocent teen with a lot to learn in Mean Girls, and of course, a certainly beautiful becoming woman in Herbie Fully Loaded, and Just My Luck.

Every movie she played in, she had this cuteness about her. She really had a lot going for her and she is definitely trying to make a comeback and she is succeeding, mostly. Sure, these were movies for a teenage audience and at one point, she stated she wanted to take on more serious roles, but she would have grown into those roles, had she stood her ground and been patient. 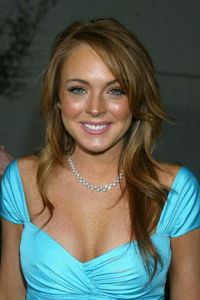 Unfortunately, it was just her luck, that Linday Lohan would become cocky and arrogant and she thought the world belonged to her and she could do anything she wanted. Her behavior, her party lifestyle, her drinking habits, was what she became known for, instead of her acting career.

Not good for a young girl who happened to be a role model to many young girls. And soon, as it always does, the power of Hollywood can make or break anyone. It does not matter who you are or how long you have been a celebrity. This is not to say that she has not played in movies since then. Her career is not dead yet, but compared to the other girls, her movie rate per year is not in great standing.

We got to see this with Charlie Sheen. Sure, an actor/actress will always be famous in a way, but there is a lot of power in Hollywood and there are those with money who control who becomes famous and who does not.

It is no secret that there are certainly both Jews and non-Jews who run Hollywood, but Hollywood has a heavy Jewish influence, and even Mel Gibson has had a hard time recovering from his incident of his anti-semitic slurs. You do not mess with the higher up people in Hollywood and expect to maintain your status, no matter how important you think you are.

You kiss their asses. You blow them if you have to do so (just kidding). You do anything in your power to appreciate the people who have given you celebrity status, which is not easy to achieve.

If you think about it: There are 7 billion people in the world. How many are actually celebrities? Just a few million worldwide – mostly American, British, and Australian who are actors, actresses, music artists, etc.

Every person in Hollywood can be replaced. I will say that the person who has far succeeded the talent of Lindsay Lohan, and reminds me of what Lohan could have been is Emma Stone. The red hair, the freckels. Her cute personality and her humor. Not exactly the same as Lindsay Lohan, but certainly an actress, who, so far, knows how to behave in Hollywood. 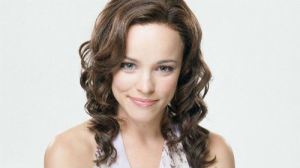 I highly respect her and admire her work. She was the oldest of all the girls in Mean Girls. I cannot believe how far she has come and how many great roles she has taken in so many good movies: The Notebook, Wedding Crashers, Red Eye, The Time Traveler’s Wife, Sherlock Homes, and many more. She is a beautiful mature actress with a great sense of humor, yet takes on very serious roles and plays them so well. She is often the main character in her movies. Her movies are more of the romantic genre. Very successful and a role model to young girls. I’ve never really seen her in the media for any bad behavior.

Read Another Confession:   5 Ways You Can Save Money in Your Kitchen 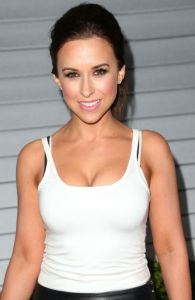 She seems to be a very sweet girl with a beautiful personality. She is very cute with the girl next door look. She can play very serious roles, but you will likely catch her in more comedy roles, either as the lead or a side character that has some importance in the movie. Her voice is very valued for voice-overs. One of her best roles was in The Brooke Ellison Story, where she played a parapalegic, and did an amazing job. My respect and love for her as an actress grew after I saw this movie. Some of her most notable work is in The Wild Thornberries (as Eliza), Ghost of Girlfriends Past, Daddy Daycare, and Sherman’s Way. Very successful and a role model to young girls. I’ve never really seen her in the media for any bad behavior. Not many people know it, but she was the original voice of Meg Griffin in Family Guy throughout season one. 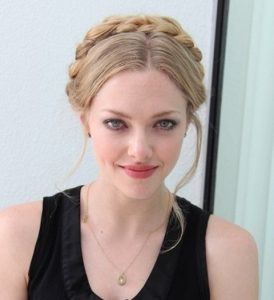 Amanda has this sexiness about her that you don’t quite notice at first, until you’ve really taken a second look. She has a great personality and has recently begun to play a string of lead roles in romantic movies. There is something fun about her when she is acting. She has a talent that always makes you more curious about her character. Her most notable movies are Alpha Dog, Jennifer’s Body, Chloe, Dear John, Letters to Juliet, and Red Riding Hood. Very successful and a role model to young girls. I’ve never really seen her in the media for any bad behavior.

I’m not meaning to single out Lindsay Lohan here or say that these actresses are better than her. What I am saying is… these actresses are able to understand that they have professional lives and personal lives: Their professional lives are as actresses, and to be role models to those who admire them. Their more personal lives, they try to keep a bit more secret to the best of their abilities, but they don’t seem to take advantage of their celebrity status.

Read Another Confession:   Beat The Heat With A Long Island Home Inspector [Infographic]

So lets just measure the success by the amount of movies they have been in SINCE Mean Girls:

So these numbers are give or take a few.

These results do not mean any actress is better than the other. For example, Rachel takes on some serious roles in which the movies become classic or will be classic way before their time because they are just deeply thought-provoking and profound roles. Lacey Chabert stars in quite a few series and does a lot of voice-over acting. Amanda stars in quite a few TV series. So this goes to show that they have job offers, are demanded, and there are opportunities for them.

I honestly hope that Lindsay Lohan shapes up her act and begins to appreciate her life and what she has. I would love to see her make a come back and star in some great roles in good movies again. There are many celebrites who have been thrown down and been brought back up. Britney Spears has been a great example of this… to completely be knocked down and somehow manage to get back up into the spotlight again. So it’s very possible for Lindsay to recover.

All four of these girls are great actresses and each of them has something to offer with their acting talent. All my love and respect to each of them! I love your movies, ladies! Keep up the great success!