This article contains content that is suitable for a mature audience only. 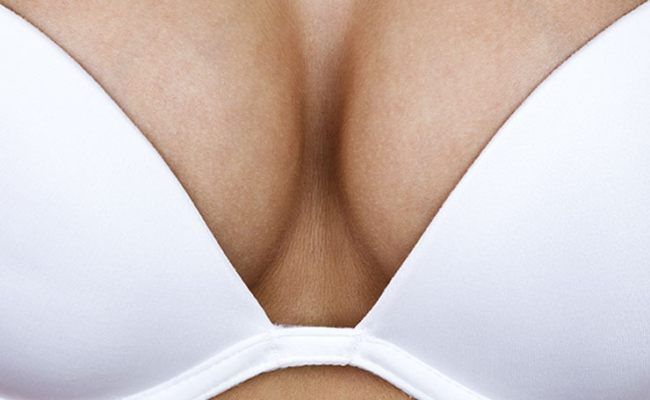 I’m attempting to rationalize it by telling myself that it’s just the bloating/bulging plus whatever several pounds I put on. I do love food, and so do my boobs, as that’s where some of my weight tends to go, and so does my actual food. So maybe that is what caused it? But they have never been this big in my entire life, even though I ballooned up to 140 pounds from 126 pounds over the past year.

If the problem hasn’t transformed by enough time my period is over, I anticipate seeing my physician, but I don’t want to contact on a false security alarm. It used to be easy and I had no concerns whatsoever. Yes, I had these sacs of fat on my chest but they were never in the way. I could eat what I wanted and still found my boobs to be of what I thought of as normal size. About average in size, nothing that would have me feeling concerned. I’m seriously worried because of my anxiety should they get any larger, already attracting unwanted glances towards those who might go crazy on me.

Could the binding activities of bra have anything to do with it? Should I worry that the development is everlasting? Should I try to reduce my weight? Should I try to wait until after I get my period? I understand this probably looks vain to be complaining about having huge breasts, but I wouldn’t want the community interest if they got to be any bigger. I currently have to cope with responses regularly, which makes me extremely unpleasant and self-conscious.

Are Boobs Really A Big Deal?

Maybe we are manufactured to be self-conscious about our own bodies as we develop as women. Maybe it comes from the fact that in movies or on beaches, men are allowed to bare their chests, while women are expected to cover up. There is a secret uncertainly of being insecure in our own sexuality that makes us wonder if we should bare our bodies for all to see or cover them up only for the ones we love. The mixed message of whether to expose them or keep them hidden away from the world is a battle.

My flourishing femininity has become a thorn in my side, causing me to feel shame and a sense of distraught. I advised everyone that I had been struck with a football in the chest and the one aspect has been swollen from this awful occurrence. How could they laugh at someone who has been injured? A few months later on, the other side grew somewhat, nonetheless it had been continually lagging behind, like possessing baby twins where one seems to be on the sophisticated course of life as the other remains in a constant mental state of a college party. Retarded in a sense that is not perfect symmetrical as you see in magazines, where those women have gorgeous looking breasts, but rather asymmetrical to bring the embarrassment of lady parts even further along.

Read Another Confession:   The Benefits of Car Leasing [Infographic]

One medical doctor recommended a reduction, but then, am I even old enough to have this one? Would that cause them to stop growing? Young boys began noticing. As we all must face, to appear perfectly even, I attempted stuffing the one facet with those bra cutlets for a minute or two in my late teens and trying again in my early 20s, but it just appeared incorrect. They don’t really make anything for girls to cover these sort of issues, that force our own undesired traumas upon us, as if we haven’t gone through enough learning that our periods are not going to stop for another 40 or 50 years.

Why Are Boobs So Attractive?

Maybe they aren’t or maybe we are just prone to notice them. I once saw a short clip video that shows a man asking a woman out and then she complains that he is staring at her breasts. She is upset and offended by him noticing them, even though, she did have them bared just a little bit. Not that she was “asking for it”, but are we wrong to judge others who stare at our breasts? Is it them who think they look nice? And we’re just too self-conscious about how they look or do we secretly show our cleavage to see if it does actually work in getting us noticed?

The man replies to her, “I was asking you out because you seemed like a nice person. Whether I was staring at your breasts or not, was it wrong of me to do that? Your breasts are a comforting feeling when I look at them. Maybe they remind me of a time when there was innocence and no worries in my life, because they belonged to my mother. As an adult, they still bring comfort and a sense of peace, whether I am looking at them or caressing them or kissing them.” Was he so wrong to explain the typical feelings of breasts? I think even women have some secret desire towards the perfect breasts, even when they see them on other women.

My Boyfriend On My Breasts

The day came when, lo and behold, I actually got a boyfriend! It was a long road to overcoming my already self-conscious world of body-shaming and perhaps an undiagnosed form of body dysmorphic disorder. And yet, he wanted to kiss me and parts of me that I wouldn’t even want to kiss myself. I remember when sexual desires overcame me and after several episodes of hiding under a blanket in a mostly dark room while he climbed on top of me, I was finally ready to bare it all to him. With the lights on, hoping for the best, possibly expecting the worst, and in one of our early love-making sessions, I climbed on top of him, enjoying the feeling of his hardness inside of me, and I grabbed his hands and let him cup my breasts.

Read Another Confession:   Human Greed: One Step Closer to Extinction

Albeit that I was as nervous as ever, like the first time you get daring enough to finally hop on and ride that rollercoaster. Having a slight stomach pouch showing from this angle, and never having fully exposed my breasts to this man before that I’d been seeing for months, or never having exposed them to anyone really, barely to even my own mother, and I cannot even remember the last time, if ever, that my father had seen my naked body. Except for showing off to my own mirror which only displayed a reflection of my curvy and flabby body, though I wouldn’t be surprised if it had been secretly judging me all along.

I realized that he didn’t seem to mind the fact that one of my irregular-sized boobs was lopsided. Although I tried to be in the moment with him, as he lovingly caressed and enjoyed them, I still had this strange feeling of wanting to hide them away, bury them against his chest, or under the covers again.

The cowgirl position is one of my favorites, offering some of the best clitoral stimulation because you have full control on top, boosting confidence, and allowing you to adjust as much as you need to, but it also exposes you to his full view perspective of getting to experience the gravity, literally, of the situation. My boyfriend has helped me become more confident in my own body as our sexual life has progressed though it hasn’t been an easy road, but he’s been very patient with me.

There is nothing like a guy who tells you that you are beautiful and looks at you in awe of your body, even with all its flaws. It makes you feel like everything is good in the world because he likes the way you look. I think having this type of acceptance truly helps you grow into your full womanhood experience, no matter what age you are. And while there are many women who might convince you that you don’t need a man’s approval, there is something sensual about a man’s assurance that brings out the sexy goddess within.

Men seem to enjoy breasts no matter what they look like so why does it bother us ladies so much? Maybe it is because we are the ones who have to carry them around, whether we want to or not, and find fitting shirts that either hide them away or show our cleavage off, which can be one of our great advantages.

But will these boobs ever stop growing?

What Age Do Boobs Stop Growing? 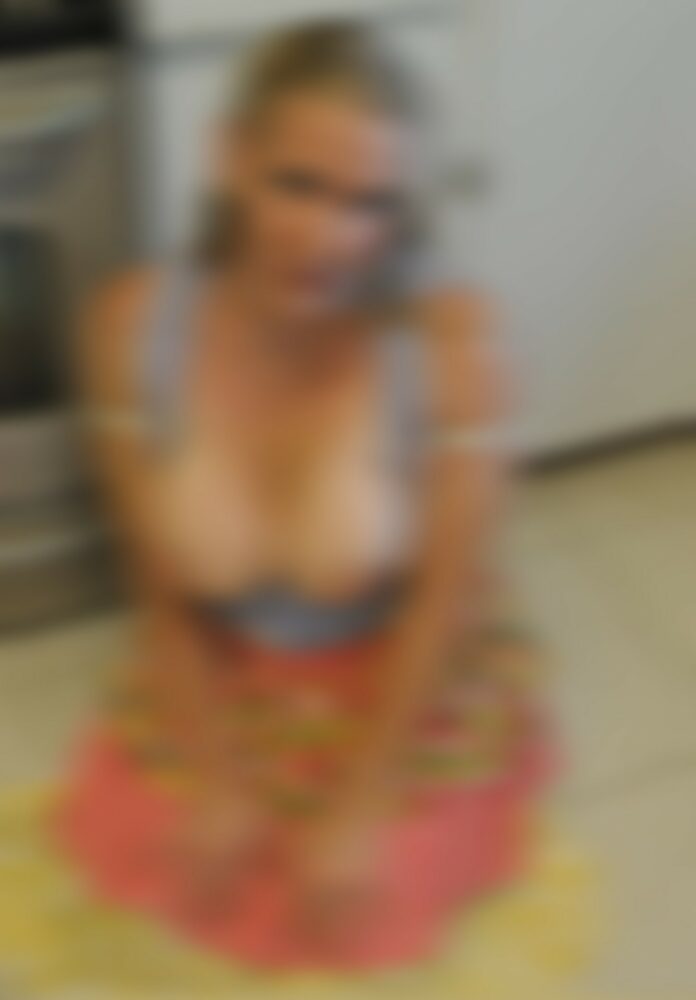 Hormones. Estrogen. Genetics. That is what controls everything in our bodies, as the body begins to start preparing itself for maternity. Some women have more estrogen than others, causing breast size to be larger naturally. The actual age boobs stop growing is just 17 or 18 years old. From then on, it is just gravity that begins to do its work of making or breaking us.

Pregnancy is also another factor that can affect the breast size of a woman naturally. However, it still doesn’t quite answer why breast size gets bigger when the size doesn’t actually affect milk quantity for babies.

Lifestyle and exercise may also come into play just ever so slightly, making boobs appear more firmer and slender, though the actual size of your natural breasts may not be reduced. But in exercising, you will also feel it helps much to launching the “contentment hormones” and give you a boost in self-esteem and confidence.

Natural actions motivate the expansion of the breast-supporting cells. Jogging, push-ups, or some other high-impact sports can cause intensive bouncing (specifically with heavier chest) which might result in stretching of the structures, resulting in improved looseness and better bone-to-breast structure for a more natural bounce for the breasts.

Yoga may also help. Practicing yoga positions like the Prayer Cause, Half Moon Present, and Frog Pose might help decrease the dimension of your bosoms and make them firmer. Keep each yoga session for 1 to 2 minutes each round. Sustaining the appearance and form of your bosoms will be possible if you adhere to an active lifestyle.

Unfortunately, even if there is a #freethenip movement, where more women are fond of the idea of exposing their breasts, wearing a bra does not promote or prevent the growth of breasts, but may help with posture if you use your bra to help keep your back straight and may also prevent sagging from slouching. If there is anyone to blame for your current breast size, it is very likely the long line of women in your family, as breast size is an inherited trait, which is probably what got you here in the first place. Regardless, we all may have to just accept the fact that hormones, estrogen, hereditary, weight gain, weight loss, pregnancy, body type, and food we eat all affect our boob size. They are ours and we must learn to live them, whether we want to or not. #embracetheboob