Unusual Jobs of Famous Writers [Infographic]
How Well Do You Understand Insurance? [Quiz]

My Other Job Is In A Law Office: 10 People You Didn’t Know Were Lawyers 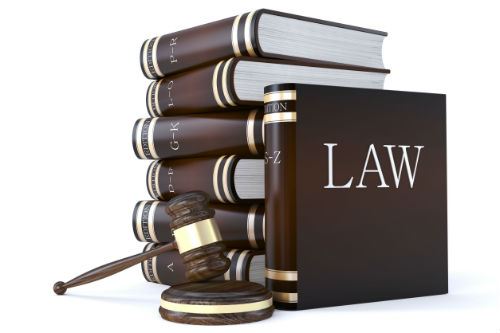 You would be surprised if you were to find out how many people are qualified to practice law, however choose not to do so in the long run.

Those people will sometimes become actors or athletes or global icons. Some of which are: Mahatma Gandhi, Washinton Irving, Howard Cosell, Fidel Castro, Nelson, Mandela, Steve Young, Francis Scott Key, David Kelley, Harvey Levin, and Victoria Zdrok. People like Harvey Levin spent many years as an attorney in the entertainment industry, but went on to become better known as the managing editor for TMZ. Others like Fidel Castro had a short-lived career. After graduating, Castro co-founded a partnership focusing mainly on poor Cubans. This practice wasn’t successful, so he turned to revolution as his ultimate goal.

It goes to show that you can not really ever judge a book by just it’s cover. Everyone goes through different stages in their lives and sometimes those stages will lead you down different paths.

Learn more about people that you didn’t know were lawyers: http://www.online-paralegal-programs.com/surprise-lawyers/

My Other Job Is in a Law Office: 10 People You Didn’t Know Were Lawyers

Those with qualifications to practice law don’t always do so. Sometimes they become actors or athletes or even global icons. Here’s a look at 10 people you probably didn’t know were lawyers.

Legal life: After studying in Europe, Gandhi returned to India, where his attempts to establish a law practice weren’t fruitful, as he was psychologically opposed to cross-examining witnesses. In 1893, he accepted a one-year post at an Indian firm in South Africa, where he spent the next two decades developing his political ideology.

On the law: “I had learnt the true practice of law. I had learnt to find out the better side of human nature and to enter men’s hearts. I realized the true function of a lawyer was to unite parties riven asunder.”

School: Studied in Europe and passed the bar in New York City

Legal life: Though by his own admission, he barely passed the bar exam, Irving did manage to write stirring dispatches of the trial of Aaron Burr for the murder of Alexander Hamilton.

Did you know? Irving was the first to refer to New York as Gotham City.

Legal life: Cosell served as an attorney for baseball star Willie Mays and the Little League of New York. In 1953, an ABC Radio manager asked him to host a show featuring Little League participants. He hosted the show for three years, eventually leaving his legal practice to become a full-time broadcaster.

Read Another Confession:   Recycling Buildings: 10 Building Materials That Can Be Reused After Demolition [Infographic]

Legal life: Castro’s law career was short-lived. After graduation from law school, Castro co-founded a partnership focusing mainly on poor Cubans. The practice was not financially successful, and Castro soon turned to revolution as his main goal.

Did you know? Before he became a lawyer, Castro also wanted to be a baseball player.

Legal life: Mandela co-founded Mandela and Tambo, the only African-run law firm in South Africa. After being forced by authorities to move to a new location, the firm’s customer base dwindled and Mandela became more and more involved in politics and revolution.

On perseverance: “It always seems impossible until it’s done.”

Legal life: Though Young has never practiced as an attorney, he did complete quite a feat — winning the Super Bowl and completing a law degree in the same year. Young is now a popular NFL analyst on television.

Day job: Law was Key’s day job, though he also penned the lyrics to a little-known song called “The Star-Spangled Banner.”

Legal life: Key was a successful Maryland attorney for many years. He assisted his uncle, also a prominent attorney, in the conspiracy trial of former vice president Aaron Burr and argued multiple cases in front of the U.S. Supreme Court. His most famous case was prosecuting Richard Lawrence for attempting to assassinate President Andrew Jackson, the first-ever attempt on a president’s life.

Did you know? Key was known to family and friends as Frank.

Legal life: After law school, Kelley began working for a Boston law firm, where he mainly dealt with real estate and minor criminal cases. He soon became bored with the law practice and began writing screenplays, eventually drawing the attention of producer Steven Bochco, who hired Kelley to write for his hit “L.A. Law.”

Legal life: Levin spent many years as an attorney in the entertainment industry, including reporting on the O.J. Simpson murder trial in Los Angeles. He went on to host “The People’s Court,” eventually giving up his California bar license. Since 2005, he’s been the managing editor of entertainment news mainstay TMZ.

Legal life: In addition to a law degree, Zdrok also earned a Ph.D. in clinical psychology, intending to explore the intersection of the law and psychology by becoming a jury consultant. Shortly after graduation, Zdrok found herself in Playboy magazine as Miss October 1994. She now writes books on sex and relationships.

Did you know? Zdorak was the first Ukrainian student officially permitted to study in the U.S.

Unusual Jobs of Famous Writers [Infographic]
How Well Do You Understand Insurance? [Quiz]