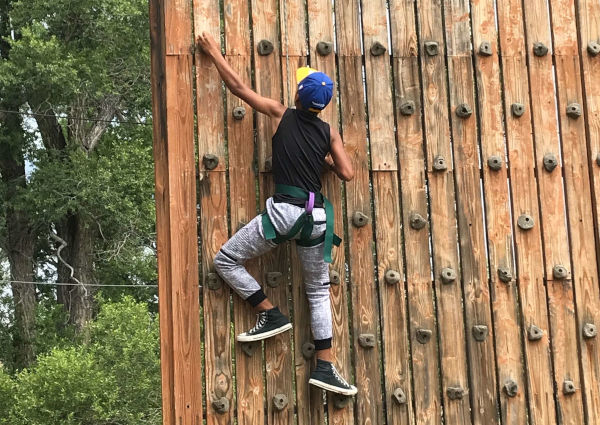 With week one of our summer day camp behind us, I’d like to share a few tips, insights, and rebuttals to your questions. You could even consider this Camp FAQs!

Read Another Confession:   Adventures in Hospitality

In closing, I’d like to address the “horrified” and “terribly concerned” parents of the “little angels” who actually had to deal with PEOPLE their own age for the week. I realize you want to protect your “little angel,” hell I got a camp of 90 “little angels.” I’m still trying to figure them out. Yes, your child will have conflicts. They’ll be upset if they are tagged, called “out,” tussle for a kick ball, get line jumped—all NORMAL childhood things that have been happening to kids since goddamn dawn of man!
In years past it was far easier to identify and remedy these conflicts. Now since NO ONE seems to parent anymore, the problems are magnified a hundred fold. I know that your child cried all not long because he/she was “line jumped.” I would submit to you that you have deeper issues to worry about than your child being “jostled,” when not being “line leader” is kicking their ass. Your child was DUNKED by another child. He wasn’t “drowned.” Kids do this. They fuck around in water. It’s called “play.” Believe or not, your child doesn’t merit a blip on the social radar and most likely one of the other kids wanted to include him. While your child may have been startled, there is no conspiracy to drown your kid.

Rest assured, the staff and I are watching the other “monsters” to ensure your child isn’t “victimized,” even as he, himself, is being a little bastard towards them. I realize that is not sufficient for some of you and I am considering changing the enrollment process to an application process for next year. A fee increase, as well as a complex bureaucratic application form, would also be likely. In such a way, I could weed out the non-readers who can’t be bothered to know what to/what not to bring camp. I’d also be able to weed out those “I gotz thingz ta do…” parents who wouldn’t have time to fill out the enrollment form. Obviously anyone left who could NOW pay my parent fee (shit I might get a raise!), would certainly ensure their kids have the basics: lunch and a bathing suit.
The rest of you non-reading, can’t-submit-a-physical, I’m-taking-him-off-meds, “mortified,” over-reacting, “concerned,” Just-didn’t-have-time-to-fight-with-him/her-this-morning shitheads can send your kid to grandma’s house for the summer!

Read Another Confession:   Working & Studying Together: Can It Be Done? [Infographic]

**This week’s tip**: Remember parents…loving your child isn’t enough. You have to parent them too! Take them out of the epi-center of your universe and help them deal with the expected little childhood “traumas” and I guarantee you they’ll become a healthy adult and won’t shoot up a school at 15!

Sincerely yours,
Your Camp Director