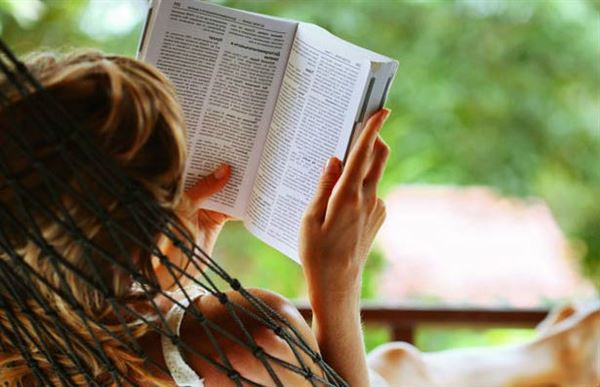 The world’s most successful entrepreneurs come in many shapes and sizes, but there’s usually at least one thing they have in common. Reading.

Self-made millionaire, Steve Siebold, studied the habits of the ultra-wealthy for his book How Rich People Think. “Walk into a wealthy person’s home and one of the first things you’ll see is an extensive library of books they’ve used to educate themselves on how to become more successful,” he wrote.

Successful people consumed far more books than the average American. They didn’t just lap up any old airport drivel either, the book selections of the rich and successful tended to be focused on non-fiction, educational books, or autobiographies of their own personal heroes.

If 2017 has taught us anything, it’s that the professional ladder can be uniquely fraught for women in business. Earlier this month, Sheryl Sandberg wrote a post on Facebook regarding how some men have chosen to interpret the tsunami of ‘#MeToo’ allegations as a reason for hiring less women in the workplace. “Actually, this is why you should.” she wrote in response, calling attention to the need for more women to be in positions of power.

The other unique challenges posed to women in positions of authority are numerable. The Howard/Heidi study, frequently quoted by Sandberg, highlights that women in positions of power are frequently perceived as less likable. There continues to be the wage gap, and issues surrounding maternity leave. So it’s especially interesting to note what women, who have overcome these unique challenges, have chosen as their favorite books to recommend to colleagues.

Read Another Confession:   Start Your Own Business With Wholesale Silver Jewellery

Indra Nooyi, CEO of PepsiCo, recommends The Road To Character by David Brooks because “inner character is just as important as a career.”

Tyler Haney, founder of athleisure wear company Outdoor Voices, recommends Different by Youngme Moon to her staff. “If everyone is keeping tabs on what others are doing and trying to directly compete, everyone just ends up looking the same if they’re all trying to reach the same goal.”

Check out the other reading recommendations below, courtesy of Fundera.

What female luminaries and business are reading

There are a lot of other companies in the activewear space, but we really try to keep blinders on and stay focused on her own mission. If everyone is keeping tabs on what others are doing and trying to directly compete, everyone just ends up looking the same if they’re all trying to reach the same goal.

What it made me realize was no matter who you are in life, where you come from or where you live, everyone is fighting their own battle and everyone’s battle is equally important as the next.

Not only did I laugh on every page, but I was knotting a long, highlighting and dog urine like crazy. On page 3, she offers amazing advice to women in the workplace: “No pigtails, no tube tops. Cry sparingly.”

This book open and ongoing conversation on our team around the relationship between employee happiness and productivity.

What will it take to make a woman president?
Marianne Schnall

It’s a collection of interviews in essays by great women, including Maya Angelou, Gloria Steinem, and Melissa Etheridge. They will inspire you to become a better leader.

I love how focused look at our addiction to screens and devices in the countless external distractions that threatened to take us further from our cells in the people we love.

The road to character
David Brooks

There’s a great chapter in Ben Horowitz’s book what’s his book called the hard thing about hard things called ‘Nobody Cares’…You can make a million excuses for why something didn’t go well, but ultimately, just fix it and get on with it.

Jo March is such a difficult and had strong character, driven but also ambivalent and often the person standing in the way of her own happiness. I love all the different parts of Jo, including her devotion to her sisters.

Read Another Confession:   ASUU Strike and their Compensation [Nigeria]