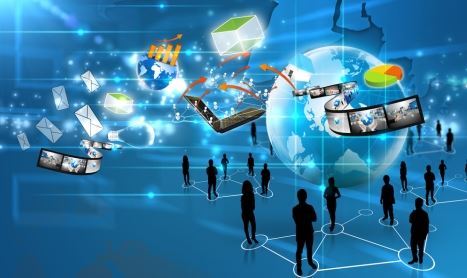 Thanks to digital technology, humans are now able to generate and gather billions upon billions of data on everything from personal health monitoring to business analytics. Yet all of this data can make for problems, especially if there are no individuals to help convert all of this big data into usable information.

Because of this, private companies and the United States government have been implementing a new role into their leadership positions: Chief Data Officer (CDO). An infographic, created by Norwich University’s Online Master in Public Administration program, highlights this new role as well as notes how the private sector is using big data. For example, the Medicare fraud prevention system prevented $115 million in fraudulent payments in its first year of running.

This infographic also looks into the move from big data to open data, meaning that data will be open and accessibly to anyone that is curious or interested. Studies show that this move to open data could provide $3 trillion in total value annually to the education, transportation, electrical sectors, and up to $300-450 billion in the health care industry alone. To learn more about how problem solving is getting done with big data analytics, check out the full infographic below!

Read Another Confession:   How To Turn A Bad Day Around [Infographic]

Big Data in Government and the Private Sector

Both sectors are trying to turn their gargantuan collection of random information into a valuable resource. The person tasked to lead in this mission is called the Chief Data Officer or CDO. Companies started the trend and the government eventually caught up with the FCC being the first agency to appoint its own in 2010.

The role of CDOs is to create a rational data strategy that can ultimately help improve governance. They are also tasked to build connections with their counterparts across various fields in order to facilitate sharing and other relevant issues. There are currently 8 executive federal departments and agencies with CDOs. In the private sector, 43% of organizations have a person who functions in this capacity.

How Government and the Private Sector Use the Data

The efforts to use big data are already bearing fruit on multiple fronts. It has, for instance, been successfully employed in the Medicare fraud prevention system. Predictive analytics flagged possible fraudulent cases which investigators then pursued. In its initial year of implementation alone, it was able to prevent $115 million worth of scams.

Similar tangible benefits have been felt elsewhere. The Metropolitan Transportation Commission in San Francisco was able to save a quarter of a million dollars annually in collection and contractor costs. Meanwhile, the Baltimore Metropolitan Council saved $25,000 per year in fuel and labor because of increased efficiency.

Companies have inspiring stories to tell as well. The logistics giant UPS has developed an On-road Integrated Optimization and Navigation System nicknamed ORION that helps drivers select the best routes for delivery. Once it goes into full deployment in 2016, it is projected to substantially decrease the mileage resulting in reduced fuel consumption and CO2 emission.

Read Another Confession:   Car Accidents: A List to Help You Stay Online On the Road [Infographic]

IBM and Apple, two of the largest tech companies in the world, have partnered on a project that effectively collects health data from iOS apps and sends them to the cloud. Healthcare professionals and researchers will be able to access the information and use analytics to put them into context.

Moving from Big to Open Data

Advocates of open data argue that valuable information should not be kept hidden away in obscurity. Instead, they should be made freely available to anyone who wishes to use them in any capacity. This move is projected to add $3 trillion in total annual value to various essential sectors worldwide including education, transportation, finance and utilities.

The public sector has led the way with the Obama administration providing its full support to the Open Government Initiative. An online repository was created to host data-sets as they come in from different agencies. So far over a hundred thousand sets have been submitted with the Department of Commerce being the top contributor. The president also signed the Digital Accountability and Transparency Act into law to ensure that the people have easy access to information on federal expenditures.

A 2014 Pew survey revealed mixed reactions from Americans about these initiatives. The majority agreed that it will allow the media to improve their coverage of government activities and increase official’s accountability for their actions. The respondents were split as to whether these would actually enhance the quality of service and expand the role of the citizenry in governance.

As for the private sector, the benefits of opening things up are abundantly clear. Manufacturers and retailers can find more ways to boost sales, solidify brand loyalty, and finely segment consumers for more effective targeting resulting in as much as $1.5 trillion in possible annual revenue improvement.

Read Another Confession:   How Many Novels Can You Read In The Time Spent On Your Phone [Infographic]

Consumers, on the other hand, can access applications that will help them obtain real-time info about locations, travel times, routes, and transportation options allowing them to save a total of almost $920 billion per year. Patients can have greater control over their treatments and become more active in disease prevention, enabling them to save about $450 billion in the US alone.

How to Improve Information Utilization

Opening data to the public paves the way for their innovative use in different platforms. Stakeholders that support this initiative plainly have a lot to gain. Aside from greater access, more work is also needed to develop utilization. Experts have pointed to quality meta-data, clear goals, cloud technology, and data management as foundations for future success.