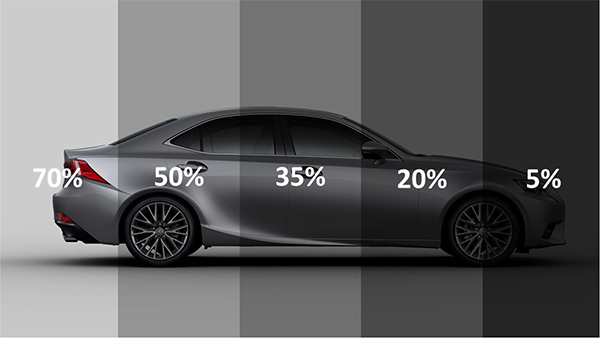 Car Tinting For Her

While car window tinting has been a popular option for decades, its application is becoming more widespread especially for aesthetically-inclined persons and women. Nowadays, more and more female drivers choose to drive themselves instead of taking a public transportation or hiring personal drivers. And as such, their need to protect themselves against the harsh rays of the sun as well as from the unsolicited looks from the people outside have also become more important – all by which car tints can provide.

Aside from its practical uses, car tints also becoming the newest female driver’s best friend because they allow them to display their character through their car. Since most women are known to be more expressive when it comes to the things they own, it is a lot easier and convenient for them to improve and add a character to their car’s appearance by having the window tint color/tone of their choice.

If you are a female driver and have never considered the idea of car window tinting, then check out the key takeaways from the infographic below from Tints2Go which discuss the five benefits you can get by modifying your vehicle with stylish tinted windows.

Read Another Confession:   Hire More Nurses To Save On Costs [Infographic]

Overall, there are many good reasons for tinting car windows, especially for female drivers. To know more about this topic, check out the infographic below.

Tinted car windows are generally great for everyone. Regardless of gender, it will give drivers the protection, safety, and comfort that can greatly improve their driving and prevent road accidents.

Today, more and more females opt to drive themselves instead of commuting or hiring personal drivers. At the same time, many also consider the idea of tinting their windows, not only to make their cars look more attractive, but also for a number of practical reasons.

If you are a female driver and have never considered the idea of car window tinting, then now is the time to look at some of the benefits you can get by modifying your vehicle with stylish tinted windows.

Deciding to tint your car windows is more than just the looks and the appearance of your ride. But still, tints make your car more sophisticated, classy, and mysterious, if you may.

Having tinted car windows gives out the message that you are the kind of driver that takes the time and effort to care for your vehicle from the outside and in.

Privacy inside vehicles is always an issue, especially for female drivers specifically because privacy can also translate to safety and security.

Let’s face it: women are physically more vulnerable when it comes to crimes, especially late at night.

Read Another Confession:   Why Sex is Good for Your Health [Infographic]

Female drivers also attract more perpetrators, regardless of place, time, or other circumstances.

Though tinting your car may be all about protecting your belongings inside from car theft, keep in mind that the first thing you should defend and protect is yourself.

Thieves are less likely to target your car if they do know know what’s inside: you and your belongings.

Shaded glass can prevent others from identifying the driver in the first place. If the windows are dark enough, a lone female driver becomes just another vehicle on the road.

Tints allow you to attract less attention. Blending in to a crowd of traffic keeps female drivers safe. In a way, tinted windows can be considered as a defensive device on the road.

Your Children’s Protection and Comfort

Mothers out there driving have only one and the same concern: the safety of their children. More often than not, they are more concerned about their safety and security compared to their own.

Children’s thinner skin can be more sensitive to the sun’s UV rays, making them more prone to sunburn and rashes when they are out driving, especially on long periods of time.

Window tints also provide your children the comfort from cooler temperature. Tinted cars block out the suns rays and reduce heat inside the vehicle, making them more cozy inside, while mummy is driving.

Women are generally more concerned about their skin than men. Those wrinkles, age spots, and fine lines are caused by long exposure to the sun’s UV rays, which can be blocked by tinted car windows.

Read Another Confession:   Upgrading Your Office Look? Follow These 5 Steps to a More Beautiful Office

Direct sunlight accelerates aging, which is one topic you don’t want to bring up to women.

UV rays can also bring about more serious skin matters, such as skin cancer, when you are exposed under direct sunlight for a prolong period of time.

Imagine if you are stuck in traffic, or on a road trip with your family and friends, how much UV rays did your skin get?

Tinted car windows reduce harmful UV rays by up to 99%, while your typical sunblock only manages to block a portion of it.

Statistics show that female drivers tend to be involved in more road accidents than male drivers. In fact, one research in the UK concludes that almost half a million car crashes are caused by women.

Researchers looked at 6.5 million car crashes and found a higher than expected number of accidents between two female drivers.

They also discovered that women have a tough time navigating crossroads, T-junctions, and slip roads.

The results are even more surprising given that men spend more time behind the wheel than women.

On average, men drive 60 percent of the time, and women 40 percent.