Five Tips for Living Fully After Addiction Treatment
Workplace Violence: Are You Safe?

A Hidden Truth About Employment Discrimination 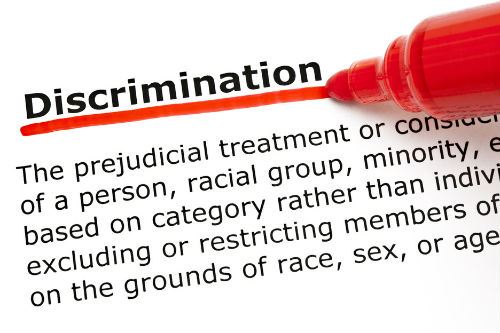 If the CEO, boss, hiring manager, head of human resources, or anyone with a position of power decides to discriminate against someone because they match the description of someone not liked by the aforementioned, than the chances of being hired are none, and regardless of education or experience, the person that is being discriminated against will never stand a chance to work the position they applied for.

Read Another Confession:   Negative Effects of Technology on Kids

The U.S. Equal Employment Opportunity Commission (EEOC) seeks to prevent discrimination from happening and exists to ensure that people have an equal opportunity for a chance at being employed by any company. Though many cases may be filed, a large number of incidents are likely never reported or settled outside with any law enforcing agency.

The major issue is that for the cases that go unreported, with most people who are discriminated against simply ignoring the opportunity for employment at a specific place, they may simply opt to go somewhere else rather than handle or make the situation a big deal. When a case goes unreported and is not followed through, the action of discrimination from the employer continues. There is also another theory: Who would want to work for a company or a boss that discriminates against people?

There are plenty of people who are well qualified for a job, and because of their race, ethnicity, skin color, etc., they may be overlooked immediately. There is another form of discrimination that many people may not know of and that is Name Discrimination. If a person’s name may sound like it is from another race or culture, employers may overlook the name. For example, in this day and age of terrorism, a person with a Middle Eastern name may not get hired simply for having a specific name. Although there are plenty of names that are not associated with race, there are other names that are usually more associated with whites, blacks, Hispanics, Asians, etc.

Read Another Confession:   7 Blogs Every Writer Should Bookmark [Infographic]

Who knew that having a strong name could help you get a job, but the experiment was done by a man named José who applied to jobs for weeks and months without a single response. Upon changing his name to Joe, he began receiving many more responses, which may show that many companies are biased in the hiring process.

Remember: Don’t judge a book by its cover until you have at least gotten to read the first few introduction pages and first few full pages.  You may have overlooked one of the hardest and smartest workers simply because of a judgement against their name.

Five Tips for Living Fully After Addiction Treatment
Workplace Violence: Are You Safe?