What Is Your Name? 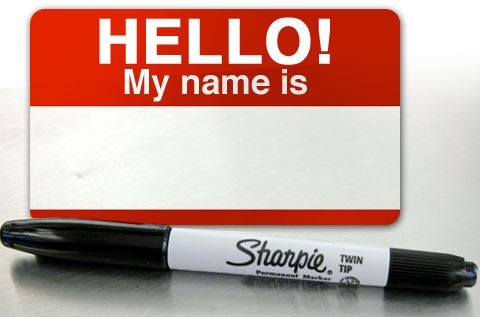 Sometimes the names are longer, depending on the culture and family history, and names usually come from the family, such as the first letter of a grandmother or grandfather. We all come to know and recognize the legal names we are born with, and expect to be called by our names.

Often times, we usually answer to our first name only. When we get in trouble, our mothers usually call us by our full legal name, using all three names that she gave us before we were born. Over the years, we may develop some liking to nicknames or suggest a nickname for people to use and call us by, and that is what we respond to. For example, I have a friend who prefers to use his middle name as his first name and nickname, which he expects his closest friends to call him.

Unfortunately, there are plenty of nicknames that we prefer not to be called, and despite our best efforts to not respond to these names, there are some people who still use these words for names, which can be annoying, and for me, are pet peeve names.

Dude / Dudette: The very representation of this word as English slang, originated in the 1800s to mock someone overly concerned with fashion and upkeep of their appearance. The term probably became most popular in California in recent times, among surfers, and has spread throughout the United States. The term in the more professional world and business world, in my opinion, tends to lead towards calling someone an idiot, or a person who is doing something that is not considered a smart move. There are plenty who might not take offense to being called “dude”, but it may just be in the context it is used.

Read Another Confession:   How Networking Can Be Helpful To Your Professional Development

noun
a man excessively concerned with his clothes, grooming, and manners.
Slang.
a fellow; chap.
(a general term of address used to a man, woman, or group).
a person reared in a large city.
Western U.S. an urban Easterner who vacations on a ranch.
interjection
(an expression of shock, approval, sympathy, or other strong feeling)

Context: “Dude, what are you doing? Don’t you know how to work that thing, dude?”

noun
1. a person who employs or superintends workers; manager.
2. a politician who controls the party organization, as in a particular district.
3. a person who makes decisions, exercises authority, dominates, etc.: My grandfather was the boss in his family.

verb (used with object)
4. to be master of or over; manage; direct; control.
5. to order about, especially in an arrogant manner.
verb (used without object)
6. to be boss.
7. to be too domineering and authoritative.
adjective
8. chief; master.
9. Slang. first-rate.

Alternative: “Hey, can you do me a favor…”

Buddy: I am not your buddy. I could be your friend, but after calling me buddy, probably not. If we are friends, and you call me buddy, I’ll let it slide. This time. Buddy is one of those words that is as good as calling someone a stranger. In a way, it sounds degrading and unnecessary verbiage.

verb (used without object), buddied, buddying.
3. to be a companion; be friendly or on intimate terms.

Context: “Hey buddy, you going to finish that?”

Alternative: “Hey, are you going to finish that?”

Guy: There are some men out there with the name Guy and they certainly do not mind being called Guy, but when its not my name, I don’t like being called guy. I may be a guy, but guy is not a name that I wish to answer to. If you have the name, there is nothing wrong with it and it is certainly a respectable name, but having someone call you this is as if they are objectifying you because they don’t know your name.

verb (used with object), guyed, guying.
4. to jeer at or make fun of; ridicule.
Idioms
5. give the guy to, British Slang. to escape from (someone); give(someone) the slip.

Context: “Hey guy, how much is all that going to cost?”

Alternative: “Hey man, how much is all that going to cost?”

Bro: This is particularly annoying if it comes from someone who is not really your friend, but a stranger whom you hardly know. Calling someone bro implies that you are close friends with them and trust them, but if you hardly know them, they are not your bro, not your brother, and the term bro should not be used to identify someone, unless it is actually your brother or you are a brother. The only time this word is even remotely acceptable is if your siblings are referring to you or calling you. Anyone else has probably not earned that right to call you by such a name.

noun
1. brother.
2. a male friend or buddy.
3. a guy or fellow: used as a term of address.
4. a fellow black male; soul brother.
5. a young, usually white male variously and often negatively characterized as being preppy, party-loving, egotistical, sexist, etc.
adjective
6. of or relating to bros.

Context: “Hey bro, what are you working on?”

Alternative: “Hey, what are you working on?”

All definitions looked up at Dictionary.com.

Whether you are in an office, in a place of business, at home, in a public place, or just hanging out with friends, everyone has a name that they prefer to be used when called. Some may like their first names to be used, while others shorten their names. There are plenty of people who do not mind being called a nickname, and either give it freely, or somehow acquired it over the years, and just adapted to being called that nickname. 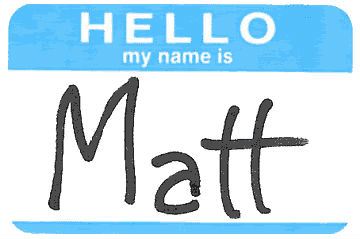 For those who never gave a name or a nickname, there are just some things that people do not like being called, and for me, the list above, whether I can help it or not, are definitely some names I prefer not to be called.  If you ever do meet me, or write me an email, don’t worry, I won’t kill you immediately, but you will be added to my list (just kidding), but I do prefer to be called my full name or my shortened name, as I am sure, many of you do as well.