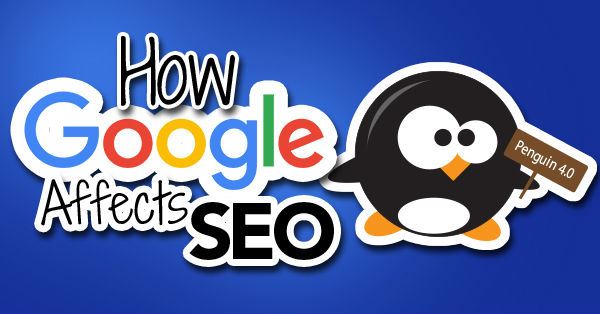 Last September, Google has finally rolled out the last and final update for one of the most critical ranking signal or factor in their search engine department, the Google Penguin. First launched in April 2012, Penguin was deployed by Google for one important role: to catch sites that are deemed spammy or using malicious link schemes to control the search rankings.

From Google’s official blog post, they stated the several changes and improvements that we are likely to see in the implementation of Penguin 4.0, first of which is that it is now running real-time. Way back then, those spammy website’s that had been caught by Penguin was “periodically refreshed at the same time”, making the recovery process much slower compared to other Google’s algorithms. But now that Penguin’s data is refreshed in real-time, webmasters expect their websites go up and running as soon as changes are made to the website.

Aside from being real-time, Penguin is now more “granular”- meaning that it will only affect a specific page rather than the whole website. According to Google, Penguin now “devalues spam by adjusting ranking based on spam signals”, making other parts of the website still accessible to users while the webmaster fixes the issue on specific pages.

Check this infographic from Digital Marketing Philippines to know more about the most important facts about Google Penguin 4.0.

After its launch in 2012, Google Penguin has finally received its final update which now makes it a part of Google’s core algorithm. For starters, Google uses more than 200 signals including Penguin to deliver highly relevant and fresh results to its user.

And now that Penguin 4.0 era has already begun, it is nice to see the key changes it would bring to further improve the search experience for the users.

Overview: Google first launched the Penguin Update in April 2012 to catch sites spamming its search results, specifically the ones who used link schemes to manipulate search rankings. In other words, it hunted down inorganic links, the ones bought or placed solely for the sake of improving search rankings.

We have compiled the top facts that you should know below so you are updated with this latest buzz in the SEO world.

It is Now Real-Time

On their Google Webmaster Blog, Google has officially confirmed that they have now begun rolling out the real-time version of Penguin.

Prior to its latest update, Penguin serves as a filter that operated on a periodic basis, which aims to capture and penalize sites that are spamming Google’s search results in ways that Google’s regular spamming system might not detect.

A lot of sites that were hit by Penguin 3.0 and below were all waiting for nearly 2 years for the chance to be free.

Bot now that Penguin becomes real-time, Google now re-crawls and re-indexes pages constantly, so those who have been (or will be) hit by this filter can fix and get their penalized sites up and working again much faster.

As Google said in its post: “With this change, Penguin’s data is refresh in real time, so changes will be visible much faster, typically taking effect shortly after we re-crawl and re-index a page.”

It is More Page-Specific

“Penguin is now more granular. Penguin now devalues spam by adjusting ranking based on spam signals, rather than affecting the ranking of the whole site. So any penalties will be delivered to a specific page rather than an entire domain, which seems much fairer in the long run.”

Read Another Confession:   Gender Inequality In 2020: It's Far From Over

Previously, Google implemented site-wide penalties. With the latest update, Penguin might impact specific pages or sites, or it might impact sections or wide swaths of a site, while other pages are fine.

One of the questions that SEO communities are asking since Google launched the latest update for Penguin – was if they’re done with the full updates for Penguin. Google has already said on their blog that they will no longer confirm future Penguin updates, which is quite baffling.

The only explanation that we can infer is that because it is now running real-time, and it means that Google is really never done rolling it out, as they would crawl and re-crawl and re-index the URLs across the web, and will update spam signals continuously. Since it’s a constant process, there’s nothing to confirm.

To give you some perspective, here’s the rundown on Google Penguin updates dating back to Google’s first release in 2012, as well as the impact they’ve had on queries, according to Google:

If Google found your site in violation, your site will incur an algorithmic penalty. Unluckily, Google will not notify you nor inform you about this penalty, therefore the best way to determine if it is actually Penguin that is affecting your site is to take a look at your analytics data.

You will only know you’ve been hit when you see a considerable drop in your search ranking – particularly your brand name – a keyword you should always rank high for.

Other indications include your sites’ removal from Google’s cached search results and no results from site searches.

What Should You Do?

You should not feel threatened by this latest Penguin update. Just like the prior Penguin updates, this only affects those sites who are still implementing SPAM SEO tactics.

If you were hit by this update or you have seen massive fluctuations in the search results lately, it may not be the doom and gloom for you because you are now also able to recover your site in no time.

Google is still rolling out this update and there are some websites who have had experienced massive drops in rankings, only to see a total recovery the next day.

If you do have over-optimized anchor text, the real-time update of Penguin should allow you to clean up lower-quality links and naturalize your anchor text profile faster. Just be careful in building your links and you’ll see the positive effect it would bring to your site in no time.

It took a while for Penguin 4.0 to finally arrive and make it around the block, so we can expect some noticeable changes in the search results these coming days. Although it is going to be the latest update for Penguin, it would be a great help to keep updated on the latest news and updates not only on Penguin but on other ranking factors as well.

Want one for your business? Go to: www.digitalmarketingphilippines.com today!