A Rant on the Philosphy of Beliefs 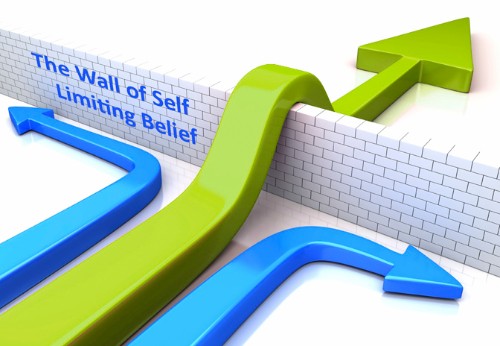 When it comes to beliefs and views, in any situation, I always take all sides and try to never to take a side. Don’t believe what you can’t prove is true yet believe it anyway. Set your beliefs towards something yet believe both it to be true and false; you can take it back at any moment or continue to believe it. And have it mean everything and mean nothing despite however long you held the belief. If you are right or wrong there is no universal law of justification to tell you of it.

Sounds like indecisiveness and not quite the qualities of a leader or a person in power. However, it is simply the position of the objective view, rather than the subjective. The hard part is applying it to the real world, where you are actually required to make decisions based on your knowledge and logic. 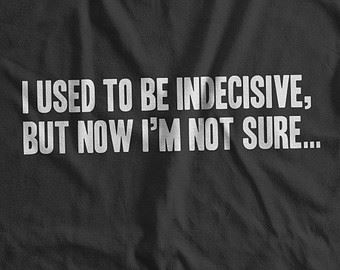 Most of us use our prior judgments and opinions as a base for determining our current decisions. A new type of thinking would be to consider all sides before actually coming to a decision. Again, the hard part in applying it to the real world, is that most of us lack the time allowed to consider all sides and must make immediate decisions, so the point of thinking objectively is to choose the outcome usually based on utilitarianism, what is best for everyone in the company.

I am a Jew, an Agnostic, an Atheist, Buddhist, Animist, and everything else. I am everything but nothing. If God can be everything and yet nothing and we are His creation and a part of Him, are we not just like Him? Thus we can be everything and nothing too. Very few people are open to all types of ideas, accepting or non-accepting. Whether one changes their ideas because of me or not does not matter but to understand and think about what is said is much more important.

A Roman Catholic friend once kept telling me constantly that for even thinking all sorts of thoughts the way I do; he hoped that I would not end up in hell because of it. I kept telling him exactly what I tell you now and he wouldn’t “process” what I was saying.

To have hell as the only idea in your mind and nothing else, you create your own hell. But to have many options available to you… whether you choose one of those options or none, you go wherever it is that you were meant to go and you can’t choose, but rather, if everyone goes to the same place always, than the destination has already been set for you.

We are destined to remain ignorant but at least we can be taught to know and understand our ignorance and attempt to understand it and put it to better use. The vast majority, however, only accept “one idea” and everything else is fallacy but isn’t that “one idea” a fallacy too? Thus everything we believe in is actually false.

The true fathers and godfathers of religion, philosophy, and intelligence are among the many names consisting of Socrates, Plato, Aristotle, Descartes, Hume, Kant, Sartre, Nietzsche, and Radhadkrishnan who thought differently than the masses. I set out not in hope to persuade beliefs at all, but to persuade others to think about their beliefs and realize the ignorance all humans possess until taught differently. And in turn, make others do just the same.

My religious friend said “thinking” is the root of all evil after I had told him that all I was doing when speaking to him about my philosophy was trying to make him think and see other views than just the one he held to be true. He said, “You think too much. There is too much to think about and we are not supposed to think about that stuff, just simply accept things how they are and have faith.” According to whom are we not supposed to think about that stuff? If God gave us free will to THINK, than why not use that power?

According to Radhadkrishnan, the soul needs many lifetimes to accomplish making itself better because it would be impossible to do so in just one human lifetime. He stated that we forget our previous life but the soul remembers what it has done and continues to work on improving itself to become enlightened. Those that continue to believe ignorance is bliss are to forever remain in their own hell, which may as well be the life they are living now in which they are exposed to suffering and all the evils they could possibly imagine.

Read Another Confession:   Guide To Setting Up Your Business [Infographic]

You may as well believe in something and have good thoughts about it too. To go through life thinking that you are going to hell for sins that humans deemed “sin” is just a dull way to live. There is only one rule that make sense in order to coincide with Radhadkrishnan and Eastern philosophy: Do no harm to yourself or others.

Do no harm to yourself or others. A simple rule to follow that seems to encompass every other law. Especially in the 10 commandments: Stealing hurts. Adultery hurts. Not respecting your parents hurts you and them. Etc. That simple rule branches out to every law of life. Why is it so hard for humans to follow such a rule? Well, that is for another discussion.

Enjoy life and make the best of it. There are no guarantees of heaven or hell or even good health. The only guarantee is the life you wake up to every morning and maybe a good dream every so often, a wet one if your lucky. The only thing that ever feels real is pain or loneliness.

Sure, you get moments of happiness, feelings of love, the bliss of eating food, and all the sensations that life has to offer. Enjoy the moments, enjoy everything while you can and try to remain in the moment when you do anything! Because nothing lasts forever! And every moment eventually becomes only a fading memory.