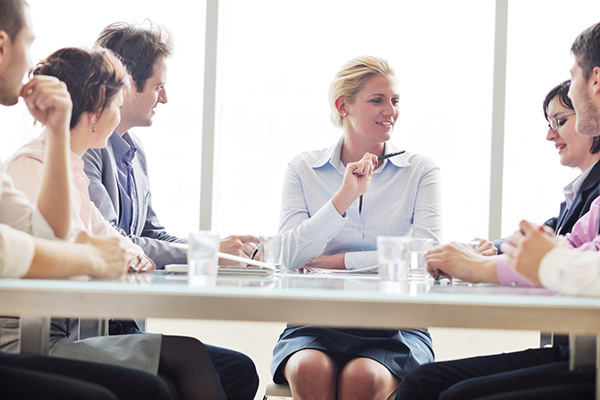 Women have come a long way in business and continue to be an inspiration to both men and women. There are plenty of women who have become very successful, yet the idea of ever seeing success, being rich, or having wealth were just thoughts and not a reality. Women have hit glass ceilings, dealt with bosses and co-workers who clearly violated policies in the workplace, and have seen firsthand and probably more than once, the issues of sexual harassment, gender discrimination, and discrimination in other forms that they may have faced, including being given lesser pay simply because they are women.

Many of these women, despite their claims and complaints, may have been ignored, or never reported their issue, in fear of losing their jobs, and without a job, they feared being unable to feed their children. Women have also had to deal with another major issue that seems to be a part of everyday culture: How does a woman deal with wanting to have a family life and a career at the same time? While it’s possible, there are certainly plenty of sacrifices that must be made. Our society has been adapted to both partners working, as the economy does not really allow for a single-income family, so even if a woman wanted to stay home with her children and care for them, instead of sending them off to daycare, or leaving them with a trusted caretaker, they are unable to do so.

Many women do find it possible to go to work each and everyday while still being able to come home and have a family life, and ensure their children are cared for, fed, and receiving a proper education. Some of the most successful women in the world started from the bottom and faced ultimate rejection with possibly no hope of ever recovering. It seems that some women, despite facing tough obstacles, continue with their persistence, and in many cases, it may pay off. Other times, however, women may find themselves stuck and leaving jobs and careers, finding alternative routes to find their own success and wealth.

Many women themselves are role models to those around them, especially their children, and if your husband has not shown his appreciation, he is definitely due many times over. It is really quite amazing to see all that women go through, from the stresses, pressures, and sacrifices of everyday life, their family, and the workplace, and most tend to just put on a smile and make sure they are doing their best.

Women too, need to turn to different role models for inspiration, including their own mothers and female family members, and outside figures, for influence. Despite the influence, lots of women are just natural born leaders and are very inspirational and influential in their own right.

This infographic takes a look at the most influential women in business.

The Most Influential Females in Business

There is no surprise that Oprah is one of the most influential females in business, especially because her name is world renowned, from books to TV shows and beyond. Oprah’s rise to fame started with her syndicated talk show on CBS, The Oprah Winfrey Show. Winfrey then launched a TV network, OWN (Oprah Winfrey Network) in 2011 and has been CEO of Harpo Productions since 1986.

Read Another Confession:   Life With Less Humans During COVID-19

Mayer has been the CEO of Yahoo since July 2012 and has been leading the company through a number of successful project launches. Prior to her CEO position at Yahoo, she was an executive at Google. Forbes ranked Mayer as the eigth most powerful businesswoman in 2013.

Though you may be thinking that a CEO would be more fitting to take this spot, Ahrendt’s position as SVP of retail and online stores at Apple is one of the most influential positions that can be held, especially because the company connects with its employees and customers through its retail stores. Prior to her position at Apple, Ahrendts was the CEO of Burberry for nearly a decade.

Rometty is one of the key players behind IBM’s acquisition of PricewaterhouseCoopers, which helped launch the company into the services industry. Rometty also worked closely with the CEO at the time of the acquisition and has put together large parts of the company’s most successful programs. As CEO, she will now be working to continue these programs and help IBM flourish in a market that it has adjusted to. As of 2012, Rometty tops Fortune’s list as the most powerful woman in business.

Anne Sweeney, despite not taking the spotlight at Disney Media Networks, did play a huge role in the organization’s success. Sweeney was responsible for helping to generate nearly half of Disney’s revenue in the year of 2012. Her presence at the company and her big moves have helped her to shoot up in rankings as one of the most influential women in business and one of the most successful, at that. Prior to working with Disney Media Networks, Sweeney was CEO of FX Networks.