100 Ideas That Changed Marketing [Ebook]
Beauty And The Beast Inside: How Body Image Impacts Mental Health

When was the last time you saw a commercial for 7-Up or Sprite? What about Coke or Pepsi? Ever noticethat there are far more Pepsi and Coke commercials than than are 7-Up and Sprite? The reason for this may be that Pepsi just prefers advertising its primary product, while Coke too, also focuses on just selling Coke. Does that mean 7-Up or Sprite have been beat by the competition? Quite the contrary, considering that Pepsi owns 7-Up and Coke owns Sprite, they know their products will sell regardless of whether they are advertising or not. It was not always so and millions of dollars went into advertising and eventually billions went into the advertising and marketing industry for these products. Other companies like Nike, Walmart, Dr. Pepper, McDonalds, Apple, Microsoft, Amazon, BMW, Geico, T-Mobile, AT&T, Sony, and many more also have put millions to billions of dollars in advertising. The winner has no issues with the amount of money that goes into advertising. The pay off is the fact that the message has become almost subliminally embedded into the minds of the majority of people in the world.

It is quite amazing what billions of dollars can do to the minds of people. When one thinks about a hamburger, they may know that it is a juicy piece of beef, with the texture of soft fatty tissue that can be broken up easily and cooked. Is that what most people are really thinking though? Or are they thinking about a McDonalds hamburger when they think of a hamburger? For those who think the latter, McDonalds has effectively spent enough money to be in your mind, and it is almost impossible to get McDonalds out of your mind. This is not to say that you will go and eat McDonalds when you get a burger, but the fact is: You may have thought about McDonalds and that is the success of the McDonalds marketing industry. Many companies do take a huge risk in the advertising market, but success or failure, there are bound to be consumers who are sold instantly without realizing it.

Read Another Confession:   Groceries vs. Eating Out - Who Spends The Most On What And Why? [Infographic]

Most companies started out on billboards, on radio, and eventually moved to commercials and large networks appearing as sponsored of the television network. The television networks receive billions of dollars a year, which makes them very powerful and very rich companies. Ultimately, most companies began to enter a different realm: The realm of movies. Cigarettes became very visible in many movies. It was not always clear what brand of cigarette was being smoked, but the fact that cigarette smoking was seen, made many people go out and buy cigarettes and continue to buy them. This was a subliminal success for cigarette companies. Later, movies began to feature sodas, foods, and direct companies marketing their own brand themselves. While companies pay millions of dollars to feature their product brand in a movie, depending on the success of the movie, the investment pays for itself. Sometimes, depending on where the movie is filmed, companies may receive free advertising for their brand. Other times, movies will be found to have almost no advertising at all involved.

In many movies, for those using a computer laptop, the Apple logo is always clearly visible, looking awesome, and although no viewer of the movie was told directly to go out and buy an Apple computer, the fact that a favorite character was using an Apple laptop would make that computer instantly popular and in demand. 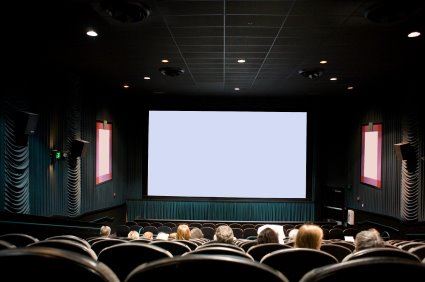 In Harold and Kumar Go to White Castle, a movie that clearly boosted sales of White Castle as soon as it came out. The movie was about two guys who lit up a joint and started feeling hungry, but were indecisive about what they wanted to eat.  After listing a few places they could eat, a commercial for White Castle came on, showing the juicy burger. They spend the entire movie on an adventure, trying to get to White Castle, which is a few towns away in New Jersey. They are enticed with eating somewhere else, but realize they want to stay true to their goal, wanting the satisfaction of what they first saw on a television commercial.  Harold and Kumar eventually make it and you can see the look of satisfaction on their face.  While watching it, I was ready to leave the movie theater and head to White Castle, which I eventually did.  The interesting twist of this movie is:  White Castle did not pay anything at all to help with the production of the movie. However, after the movie’s release, White Castle did help with advertising the movie and publicly stated they greatly appreciated the movie for advertising its product.

Read Another Confession:   How To Turn House Cleaning Into A Workout [Infographic]

Another movie in which the company paid almost nothing to Fox Studios, but rather offered extras and a place to film for free, was The Internship for Google. Google offered its Googleplex headquarters at the filming location in Santa Clara. Google also supplied over one hundred Google employees to take part in the film as extras. While Google probably did not need any help from a movie with advertising itself, the movie probably boosted visitors to Google’s websites and provided moviegoers with insight into the billion dollar Google Corporation, including its products such as the Google search itself, Google Docs, Hangouts, Google+, Gmail, Google Maps, and even the Chromebook and Android phone.  This was completely free advertising for Google.  The fact that Vince Vaughn and Owen Wilson starred in the movie could have only boosted the Google movie, attracting millions of their own fans. Google’s plans were deeper than what it appeared to be. They were not just trying to market themselves, but the field of computer science and technology to viewers. While Hollywood did work its magic in portraying Google as the perfect company to work for, both companies, the Studio and Google, benefitted from the whole outfit. The film was basically a 2-hour commercial of Google.  And why not?  Aren’t they entitled?   Facebook, portrayed in The Social Network also had its moment of glory too in advertising and bringing Facebook to millions of viewers worldwide, possibly acquiring many of those viewers who would have never considered or even known about Facebook otherwise.

In The Twilight Saga: Breaking Dawn 2 which grossed over $202 million, Apple, Belstaff, Jansport, Mercedes, Rainier, Steinway & Sons, Volvo were all visible patrons, while in another high-grossing movie of $153.4 million, The Hobbit: An Unexpected Journey has no advertisements at all. It could just be that The Twilight Saga is based more in the modern age with modern products, while The Hobbit is a complete fantasy world, where no brands could possibly exist.

Read Another Confession:   Most Useful Feature on LinkedIn: Recommendations

Whether the Studio sponsoring the movie is approached and is looking for a way to make more money from these companies, there is no doubt that there is an extremely profitable market for both sides, the studio and the company brand itself. Movies are watched by millions of people and continue to be watched long after their release. Millions of new eyes turn on to these movies upon their release into movie theaters and on DVD and other devices, and see the subliminal advertising. There is no clear way to determine whether product placement in a movie is responsible for buying a certain brand, but the return on investment must be good, as companies continue to brand their logos in many movies.

100 Ideas That Changed Marketing [Ebook]
Beauty And The Beast Inside: How Body Image Impacts Mental Health