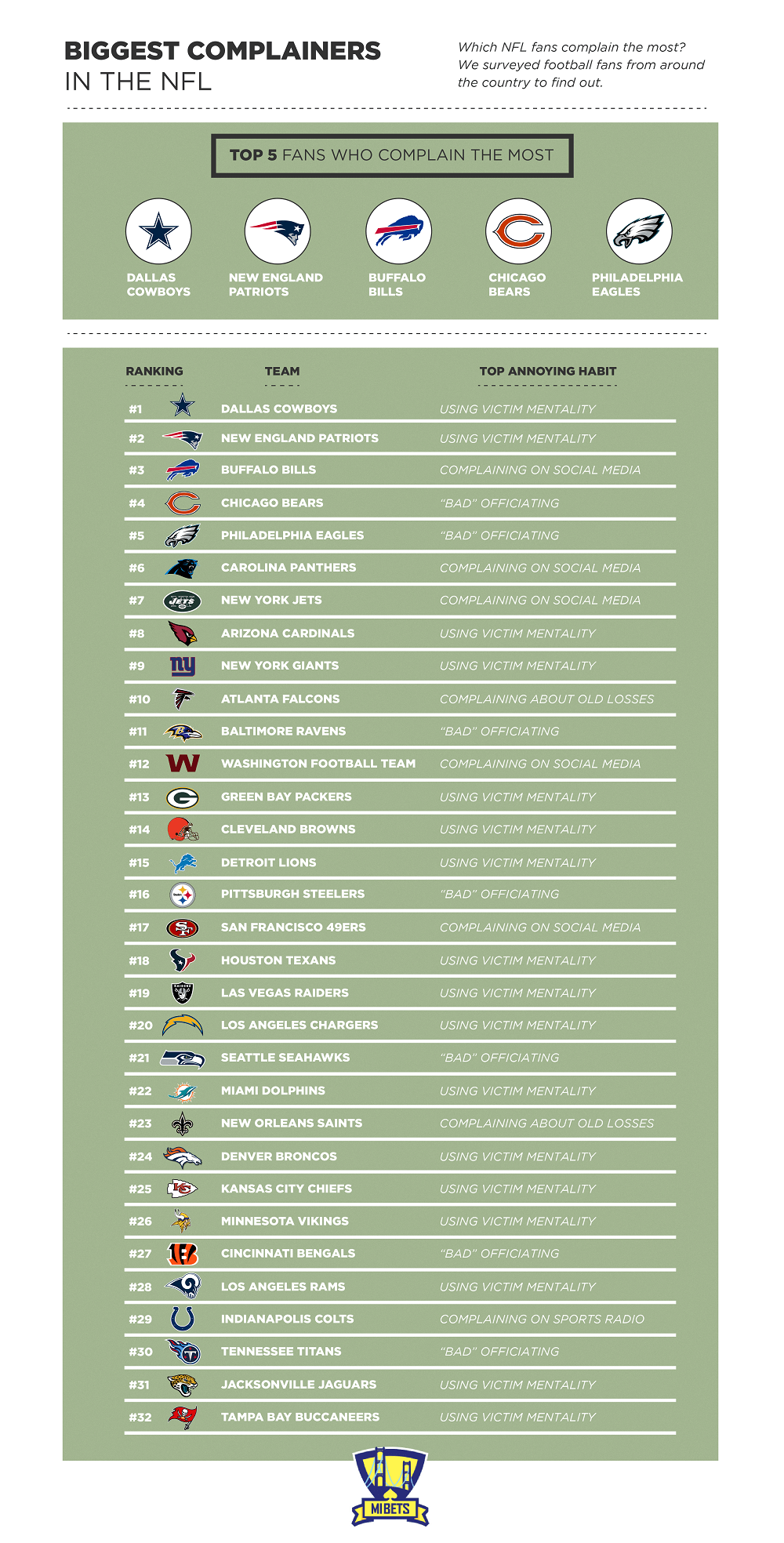 One thing all NFL fans can agree on is there’s nothing worse than a poor sport.

MI Bets recently surveyed 5,100 NFL fans from across the country to determine which NFL players, coaches and fanbases complain the most.

Here’s what they found:

Take a look at the full report.