How to Use Digital Learning Platforms for IIT JEE Preparation [Infographic]
LinkedIn Payscale: How Do Popular Tech Jobs Compare? [Infographic]

Dangers of Second-Hand Smoke From E-Cigarettes 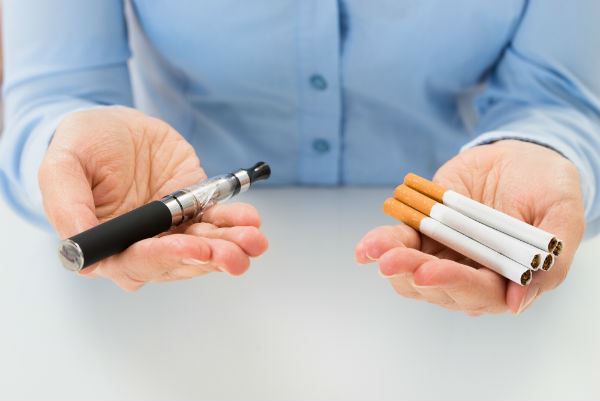 With millions of users worldwide, there can be no doubt that vaping has become a cultural phenomenon in today’s modern age. In almost everywhere we look, there is at least one person who enjoys puffing their electronic cigarettes. In a society where regular tobacco has become a bane, e-cigarettes provided a way for smokers to quit their fatal habit, helping them to get their lungs back to normal while enjoying the same satisfying experience through the said device.

While e-cigarettes are still facing strong criticisms in from various government bodies due to claims that it is as detrimental to health as smoking ordinary tobacco cigarettes, several proofs from experts and health organizations have already told otherwise, and today, more and more people see vaping as a safer alternative to smoking these days.

But these thousands of hours of research seem to be non-existent for the strongest detractors of e-cigarettes. Due to the negative propaganda and baseless accusations, many people these still believe that e-cigarettes contain the same harmful elements of tobacco cigarettes, which is completely untrue.

Specifically, many people fear that second-hand vapor from e-cigarettes contains nicotine, a substance which can be found in tobacco plants, and long-term exposure can cause heart complications. What many people don’t know is that there’s a huge difference between the vapors emitted by an e-cigarette and an ordinary tobacco cigarette.

To better understand if second-hand vapor from e-cigarettes are dangerous or not, check the infographic below from Vape Icon.

Cigarettes and tobacco are out, vapes are in. In almost everywhere we look, there is at least one person who puffs and exhales vapor through the battery-operated or electronic cigarettes.

Many people did the switch because unlike actual cigarettes, these deliver nicotine through a vapor rather than the combustion system of traditional cigarettes. Combustion involves fire, tobacco, and the emissions of toxic chemicals.

Although it is a consensus that is safer, some believe that it is even nonexistent, several research teams have begun to analyze the effect of secondhand vapor.

According to England’s health sector’s research declared vape and e-cigarettes 95% safer than conventional tobacco and cigars.

But, it is still important to note that “safer” doesn’t’ necessarily mean there are no dangers lying beneath.

In fact, many studies aim to prove that e-cigarettes may after all produce the same health hazards of regular smoking–from short term changes in the respiratory functions to potential threats of certain flavorings or juices that are linked to lung disease.

Yes, technically e-cigarettes might have fewer carcinogens than regular cigarettes, they still contain nicotine, which can impair brain development and cause mood disorders in adolescents.

Read Another Confession:   Sales Tips: Only Focus On Sales Metrics You Can Control [Infographic]

Because it is fast becoming a trend today, many people ask: Should we worry about the second hand smoke–in this case, second hand vapor? Should non-vapors be worried about for its health effects too?

Moreover, the health organization also warns the public of the hazardous chemicals in e-cig vapor actually make it into the lungs of people nearby, specifically in enclosed places.

“Generally speaking, e-cigarettes are safer than traditional cigarettes,” a study author Arian Saffari, a graduate student and fellow with the department of civil and environmental engineering at the University of Southern California.

However, “we can still find some hazardous material in e-cigarette smoke,” Saffari noted. “And therefore we cannot leave e-cigarettes unregulated.”

Initiatives to regular e-cigarettes are campaigned by the World Health Organization, as well as the American Heart Associated (AHA), along with other health agencies, particularly advertising and marketing it to the youth.

The same organization has found in one study that youth exposure to e-cigarette advertising rose 250 percent from 2011 to 2013, and now reaches roughly 24 million young people.

In another study conducted by Milan, Italy, researchers analyzed the air in an office space at a cancer research center. Two men and a woman smoked either regular cigarettes or the electronic variation.

They found that hazardous substances known as “particulates” — liquids or solid particles — were 10 times higher in the cigarette smoke than in the e-cig vapor.

Read Another Confession:   5 Tips for Getting a Job in High School

But then again, these findings are more likely to affect the first hand users. Dr. Andy McEwen, executive director of the National Centre for Smoking Cessation and Training, says that there’s no evidence that second-hand e-cigarette vapour is dangerous to others.

He just advises e-cigarette users to be responsible by properly storing their e-cigarettes and liquids away safely, away from children and young adults.

Although there are still no definitive evidence that second hand vapor from e-cigarettes are dangerous and hazardous to the public’s health, this doesn’t mean that vapors have the right to blow their puffs in everyone’s face, or even to do it anywhere they want.

Many people are still wary of second-hand smoke, for every year an estimated 53,800 people die from secondhand smoke exposure.

E-cigarettes may be beneficial for people who want to quit smoking, but, in turn, it is also helpful to warrant the non-smokers’ widespread acceptance of it.

How to Use Digital Learning Platforms for IIT JEE Preparation [Infographic]
LinkedIn Payscale: How Do Popular Tech Jobs Compare? [Infographic]