Can I get a place to bitch about my work life!? 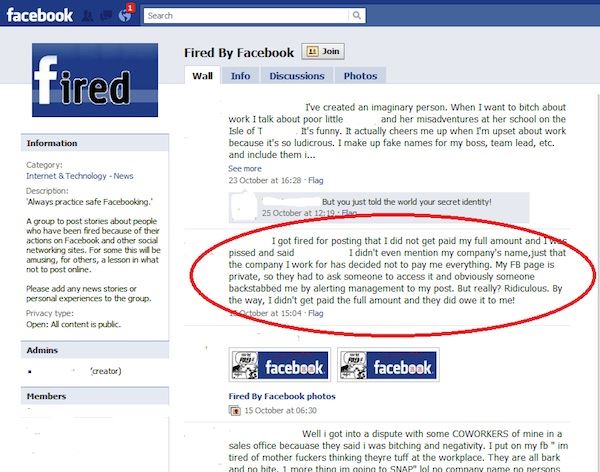 If you are here on Confessions of the Professions, you have probably read some good juicy stories. If not, check the Confessions Archive and you will see plenty non-article-type confessions. There are plenty of people who have come here to share their stories and thankfully, we have never heard a single incident where one of them got fired because they made a confession on Confessions of the Professions.  Otherwise if we are wrong, use the contact form, send your official letter that you were fired, and we will be happy to buy you dinner for your contribution to this website.

You are probably safer or safest to share it right here on Confessions of the Professions. If you have a bad day at work and just want to rant and complain about your boss or co-workers, you will surely want to get it out in the open and let your friends see it. The problem with that is, you have probably gone ahead and added your co-workers as your friends on Facebook. You may not have made your profile private so people that come across it can see it. Worst yet — even if you complain about your boss who cannot see it, whose to say your co-workers won’t take a screen shot and send it to the boss or use it against you?

It is great to work in a place where everyone is like family, where everyone has each other’s backs, and is willing to pick up the slack if you make a mistake or two, but the chances of finding a company like that with people that have that mentality is a very rare find. The reality of the situation is that the majority of your co-workers are not your friends. They are there to make a paycheck and get ahead in life — especially if they can get ahead in the company. Getting ahead to a co-worker might mean doing their best work, but there are too many co-workers who stuck their noses up a butt and do not mind the fact that it is now brown. (If you did not get that joke — brown nosers? Brown nosers anyone? Bueller? Bueller? Bueller? *chirp chirp chirp* Thought I had a good joke there, oh well)

The issue with sharing any information anywhere, regardless of whether it is personal, public, or just to get some nonsense out is that it is logged. Between Facebook, Google, and the Internet itself, it creates a cache or logs of everything. While it does not hold these permanently — at least permanently to the public, these records can usually be accessed for years and may never be deleted permanently. If it can be found and traced back to you, you certainly cannot deny that it is or is not you, especially if your first and last name are present and names are mentioned. 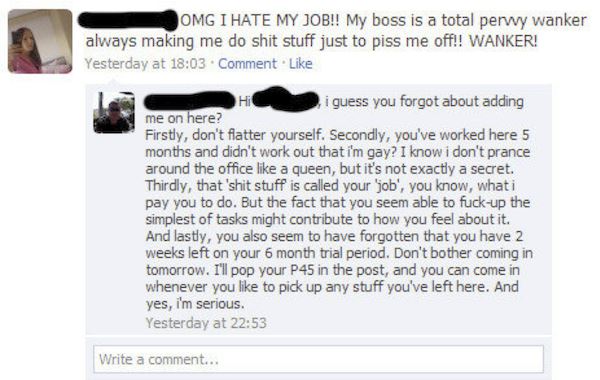 There are many people with horror stories about losing their jobs because they had a bad day and just wanted to get it out — complaining about it and saying things that they should not say but they are letting their emotions get the best of them — and it is not that they hate their job, but they just had a bad day, and unfortunately, their day was made worse when a boss read it and they were fired. You must be careful about the information you share on Facebook or any other Social Media Network. Facebook is certainly not responsible for your mistake. They provide the means for you to have a voice, but they did not force you to write anything.

Should you complain about your work life on Facebook? The answer is probably not. You should not even list your job on Facebook. As much as you want to and even if you do not mention any names, the fact is, if you are friends with any of your co-workers and they were there that day, there will probably always be one person on your “friends list” who knows what you are talking about, and you never know how much you can trust that person, especially if they are a co-worker. 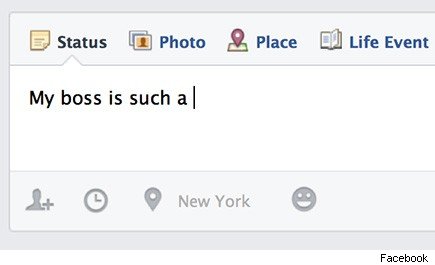 Now this is not to say that you should not complain about your workday. There is nothing wrong with wanting to write something and letting the world know. In fact, if you work for a boss you hate or a company that does not respect you, than you should be obligated to let the world know so they do not have to go through what you have gone through. You are doing the world and your friends a favor by telling them where and where they should not work from personal experience.

Now if you could remain anonymous or put in your first name only, than you might want to complain. Why not complain on Confessions of the Professions and then share your confession on Facebook? At least your co-workers, friends, boss, or even your company cannot prove it is you if you do not put your last name!

Go on, I know you have been wanting to complain about that co-worker or boss. Get it out in the open. You can remain anonymous. It will be seen by hundreds to thousands of people. Why not share a story that deserves to be told? On the top right, under the menu, click on MAKE A CONFESSION today!