Invest in Tech30
Get Your Own Paypal Link

The Evolution of Trucks and Trailers 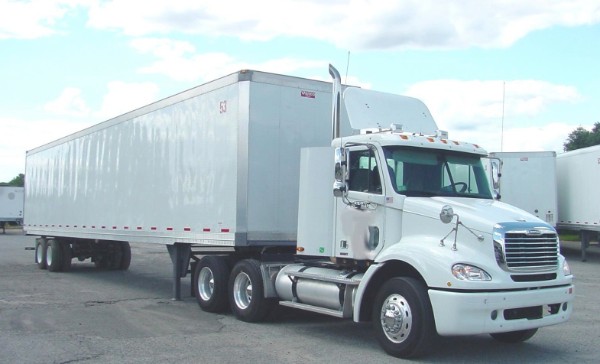 From carrying temperature-sensitive food products across the country to hauling heavy construction equipment, tanker trailers are used for different commercial and domestic needs in the modern world. It would be safe to say that these huge, but extremely useful heavy locomotives have indeed come a long way from the horse-drawn tankers of the 19th century.

Tanker trailers trace their origin to the horse-drawn tankers of the 1880s that were used to transport gasoline from refineries. Towards the early part of the 20th century, Anglo-American, a subsidiary of Standard Oil, laid the foundation for our modern trailers, by developing the first motorized oil tanker truck. It was not long before that these vehicles, in addition to hauling products, started displaying the names of companies of the sides, serving as yet another form of advertising.

Today, there are about 20 different types of trailers, with the most common type being the box or van trailers. Apparently, modern-day trucks can carry 5 times more goods in terms of miles than an average 1950s truck. Even the productivity of the trucks has increased by 35% in the last 15 years. Each make is different and built specifically for the type of product it is meant to transport. For example, the Conestoga trailers are built with a flexible retractable roof and siding and are used to carry large pieces of equipment that can only be lifted by an overhead crane. Other tanker trucks are refrigerated or well insulated to transport liquid food products such as milk, water or juices across long distances.

For some more interesting facts and figures about these amazing vehicles and their evolution through the years, have a look at the below infographic created by Arwald Tanker Trailers, a leading SABS and ARMSCOR approved tanker and trailer manufacturer in South Africa.

ALL YOU NEED TO KNOW ABOUT TANK TRAILERS

Approximately 18000 tank trailers run on the roads of UK every year, serving different business and domestic needs. Here we take some time to drive through a few pieces of information on these extremely useful heavy locomotives.

The first motorized oil tanker truck is developed by Anglo-American – a subsidiary of Standard Oil.

Oil tanker trucks resemble billboards, displaying the name of the company whose product they were hauling.

The revolutionary Diamond T’s 1933 models, integrating a cab and tank in a rounded package and a rear-mounted six-cylinder engine, is released.

The stylish 9000 series is introduced by White, comprising of a streamlined tank with a V-12 engine.

The earliest trucks, fitted to carry refined products such as gasoline, kerosene, stove distillate, and fuel oil, had 22 different makes:

Read Another Confession:   Moving Towards Paperlite and Environmental Sustainability [Infographic]

Bus-bodied trailers: hitched to a tractor unit to form a trailer bus, a simple alternative to building a rigid bus.

Conestoga trailers: have a flexible retractable roof and siding used to carry large pieces of equipment that can only be lifted by an overhead crane.

Curtain-siders: similar to box trailers except the side are movable curtains made of reinforced fabric coated with a waterproof coating.

Drop-desk trailers: have a floor that drops down a level once clear of the tractor unit.

Dump trucks: cargo container in which one end can be raised to allow the cargo to slide out the other.

Flatbeds: consist of just a load floor and removable side rails and a bulkhead in front to protect the tractor in the event of a load shift.

Live bottom trailers: have a conveyor belt on the bottom of the trailer tub that pushes the load material out of the back of the trailer.

Livestock trailers: usually have two levels (or three for hogs) to maximize capacity.

Read Another Confession:   Find A Job Without Professional Experience

Lowboy trailers: a type of flatbed in which the load floor is as close to the ground as possible, most commonly used to haul heavy equipment, cranes, bulldozers, etc.

Sidelifter semi-trailers: have hydraulic cranes mounted at both ends of the chassis allowing for the loading and unloading of shipping containers.

Tank chassis trailers: used for hauling liquids such as gasoline and alcohol.

A “frac” tank trailers: shaped like a wedge and when unhitched, its bottom side lies flat on the ground. Typically used during hydraulic fracturing at oil wells or for petrochemical industries.

The average working life of a truck is now 9 years.

In the last 15 years harmful exhaust particulates are down 94% and Nox are down 75%.

A modern truck is 35% more productive than one of 15 years ago.

1 shipment by a fully loaded 44 tonners is equal to 300 car jounreys moving the same goods.

60% of UK road freight is food-related.

Invest in Tech30
Get Your Own Paypal Link