All My Friends On Social Media Are Still Dead
ONET Insights: Locomotive Firers 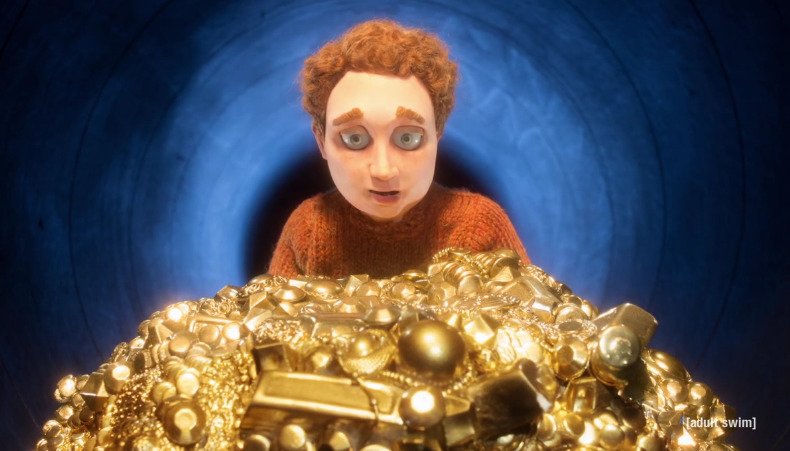 A few years ago, I was visiting my brother from across the country and we lit up a joint and had some good meaningful conversation, before we decided to watch television, and seeing the show again helped me write this confession. I had stumbled across this new show on Adult Swim a few months before and it really impressed me, but it was very dark humor. No, I am not talking about Rick and Morty. The humor was even darker than Rick and Morty and doesn’t seem to carry any long storylines, but just explains things. One main voice that seems to voice the characters is Michael Cera, and the show is called The Shivering Truth.

The humor is so dark that it might cause people to actually switch off the channel. When I was in college, I had an English professor who loved dark humor and gave me an A due to the fact that we both understood it very well. Homer, William Shakespeare, Charles Dickens, Edgar Allen Poe, H.G. Wells, and Rod Serling are just a few famous historical figures that managed to capture in and focus on their own worlds while delivering the message in a form of dark humor. The stories they tell are so dark and scary that schools have banned their works or only cover very specific non-dark humor pieces.

Read Another Confession:   4 Tips and Tricks for Increasing Your Energy

What they have done though is taken the truth of their lives and turn it into a type of story that could be followed. Whether it happened to be tragic stories of humanity, in which there was never any real hope, or the fact that no matter what happened or what was done, it could have been fate or pre-destiny that determined how one would live their life. Regardless of how one lived or what one did, their life would turn out the way it was already written. This is the type of humor you might find in the Shivering Truth.

One story stuck with me, entitled Chaos Unbeknownst, however, in which a man spends years trying to get a job at a suicide hotline, but since he could not, he goes to freelance. Someone calls in to explain that he tried to commit suicide, but kept failing to commit suicide, while becoming very lucky, finding millions of dollars in gold, but he was still depressed, so he attempts to commit suicide again and again, buying the most expensive noose he could find, but the ceiling falls in, where two girls were being held captive, and they fall down into his apartment.

As the story continues, he’s hailed a hero and they devoted their lives to making him happy. He continues to try and commit suicide, by requesting a cocktail of the most deadliest toxic pills available, which he swallows, causing him to pass out and be admitted into a hospital. However, he does not die. Instead, the doctors are amazed by what the combination of drugs has done to him: they have made him even healthier, with his blood being the cure for cancer.

Read Another Confession:   How to Handle Strategic Planning with Marketing Efforts [Ebook]

The man, still being miserable, attempts to commit suicide again, by throwing himself out of the hospital roof. However, he does not die because he lands on and kills the man, who broke his fall, that kidnapped the two girls he had saved earlier. The man who kidnapped the girls escaped from prison and was on his way “to kill the government.” The government asked him to keep attempting to commit suicide because his attempts at suicide keep bringing good to the world, which gives him an epiphany, that his government finds him useful, and has given him a reason for wanting to live.

After 80 years, the media and the whole world know about the letter. Everyone is waiting in anticipation for him to finish this letter. Everyone is reporting on how great his note is and he even gets reviews about it. The man turns 90 years old, but he doesn’t commit suicide, but the people got angry with him for never going through with his suicide, and while they express their anger at him. The public was captivated by his promise of committing suicide, but when he did not go through with it, they all lost interest.

To get back at the world who he captivated and who gave him so much attention, he becomes stubborn and doesn’t kill himself. Instead, he manages to live through many lifetimes, and depite not dying and living well beyond the average human life, no one cares that he has lived so long. They were more fascinated with his obsession of death than they were of his life. The whole point was that “no one cares”. After that, the freelancer for the suicide hotline attempts to make sure the man is still on the phone, at which point, you hear a gunshot.

The show is pure cynism and nihilism to the extreme, unafraid to face death, make fun of it, play with it, or even explain the most gruesome parts of life that would make anyone want to face death just for the relief of living. It rarely gives you anything to smile or be happy about and only shows you life for what it is, even in its most twisted and cruelest forms. It is not a humor for everyone and remains very dark with the purpose of making any viewers feel discomfort in watching the show. If you have not seen it, the episodes are only about 10 minutes long and do a great job in storytelling. If you have not seen it yet, check it out on Adult Swim.

All My Friends On Social Media Are Still Dead
ONET Insights: Locomotive Firers