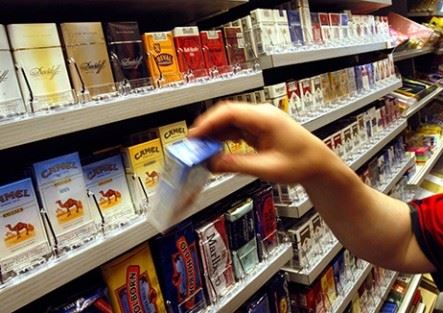 Less people are smoking in western countries and this is of course great news, but tobacco companies are good at pivoting. As this infographic from purplebox outlines, tobacco companies are still finding ways to keep their profits healthy. In America, more was spent in retail stores on cigarettes than beer and soda/fizzy drinks combined. The people who are still smoking are paying ever increasing prices to support their habit.

While less people are smoking in western countries the number of people smoking will increase from 1 billion smokers to 1.64 billion by 2025 around the world. Companies are willing to explore other markets to keep the number of people smoking at a ‘healthy’ level. One interesting situation is happening in African countries where tobacco companies are facing lawsuits to cover past and future healthcare costs related to smoking. Tobacco companies are fully aware that it is easier to exploit people who are less educated about the health implications of smoking.

Having said that, they still have a strong foothold in many Western markets as customers who are addicted need to pay whatever price is being charged to feed their addiction. Find out more about the smoke economy in the infographic.

Read Another Confession:   Unorthodox Ways To Learn a Language [Infographic]

Fewer people are smoking but United States tobacco revenues continue to soar. How are tobacco companies pulling this off?

American spent more at retail stores on cigarettes in 2016 and they did on beer and soda or fizzy drinks combined.

However, over the same., companies increase prices-boosting cigarette Revenue by 32% in 2016.

This is made possible by a low tax rate of 42% per pack sold. While this may seem high it is significantly lower than, for example the 82% tax rate for pack in the UK.

The operating profits of us tobacco manufacturers have increased 77% since 2006 to a massive  $18.4 billion.

Things may be about to change with California raising tax on cigarettes $2 a pack.

In New York, things may also, would support for proposals to increase the price of a pack of cigarettes from $10.50 to $13 gathering pace.

The 1 billion smokers around the world is projected to rise to upwards of 1.64 billion by 2025.

The beneficiaries will be the five largest tobacco companies who control over 80% of the industry’s market share.

How much are you spending?