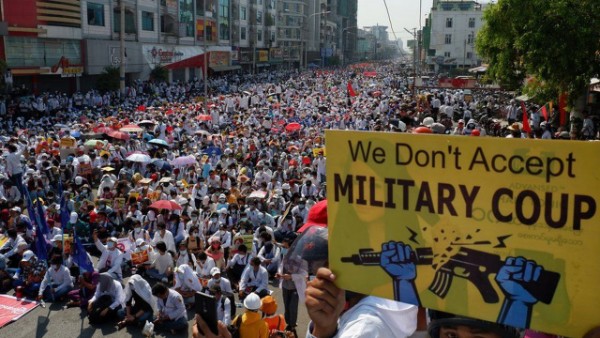 How Will Americans Travel In 2021? [Infographic]
ONET Insights: Art Therapists

Authoritarianism Could Happen To Your Country Too

My name is Khant Paing Soe and I am a citizen from Burma (Myanmar), Magway Division. I am trying to report the truth before we are fully cut off or it is hidden from the rest of the world. Much of the world media has not heard personally from the people of Myanmar.

The November 8, 2020 election was won by the NLD party led by Aung San Suu Kyi. On the evening of election day, polling station officials from the USDP did not vote on the results of the polls, but other parties did.

The junta also voted before the vote and the results were accepted as the people’s vote. This is what the people wanted, according to the results.

However, the USDP accused the party of rigging the election. Protests have been going on since November, claiming that party members and the general public were restricted or not allowed to vote.

What if the chairman of the election commission gave a press conference? The military and the USDP were not satisfied.

The USDP then joined forces with the military to crack down on false allegations of vote rigging. The military has called on the media to explicitly call for an end to the vote-rigging scandal.

လိုင်း Internet connection was cut off on 1 February. Feb. 1 at 8 p.m.

According to Article 417 of the Constitution, the transfer of power by Vice President U Myint Swe means that state power is vested in the junta.

Ministers, MPs, scholars, writers, artists, including the President and State Counselor; the junta detained 31 people, including Sally and other celebrities.

From that day on, all the people were in a state of shock. Like the 1988 uprising, all people were required to stay in their homes for 72 hours without taking to the streets to prevent the world from reporting the military coup.

Because of this illegal act and authoritarianism, all the people left their homes and protested at 8 pm every night. The practice of beating iron drums is a tradition that fights evil spirits to prevent them from entering, so this is considered peaceful protesting in our country.

More than 72 hours later, it was reported that U.S. President Joe Biden would take over Burma, a member of the United Nations, by imposing sanctions on the country.

After hearing this news, the whole Burmese people “I do not want a military dictatorship.”

“To get back the elected government”

In addition, the Civil Disobedience Movement was activated and military rule was established.

They are plotting to overthrow your government. More than 60% of Burmese youth are involved in this movement. The demonstration was sprayed with fire hoses by the junta. Ma Myat Thwe Thwe Khaing (19) was shot in the head and died on 9 February 2021 due to live ammunition. Democracy has been overthrown and dictatorships have led to mass protests without fear of the repeal of Article 144.

Read Another Confession:   Why Keywords Are Important? [Infographic]

With the advent of information and technology, they no longer want to suffer the consequences of their lives. The people do not want to pass on this legacy to the younger generation. Therefore, during the COVID epidemic, they are trying to uproot a dictatorship that is more frightening than the disease.

We urge all other countries to join us in our release and freedom to protest against a possible tyrannical government.

We strongly urge the world not to become a country like North Korea.

As a member of the UN, we want all Myanmar citizens to become citizens with full human rights like other countries.

You must understand this is what is currently happening in Myanmar in 2021.

I do not know what will happen to me or my people, but the message is now passed on to the Internet.

Please pass this message along and try to move your government to help Myanmar and its people.

How Will Americans Travel In 2021? [Infographic]
ONET Insights: Art Therapists