To A Few Patrons of the Multnomah Post Office
Staying Organized In The Office: Tips And Tricks For Keeping Track Of Your Workload Working for the Boss

A boss can be either man or woman. A boss believes they own something, as it may be their creation, their project, their infrastructure, their power, their authority, and their doing. A boss wants people to work for them and pays them to work for them without too many questions. A boss may be more prone to micromanaging and trust issues with employees, rarely relying on employees to do the job themselves without constant supervision. A boss may feel the need to always justify themselves, have too many unnecessary meetings, and feel the need to continually establish their own dominance in the workplace.

The boss is less likely to give compliments and more likely to criticize employees. The boss may see accomplishments as self-doing rather than as teamwork. If teamwork is involved and credited, the reason the team did well is because of the micromanaging done by the boss. A boss may feel the need to be an asshole because “being too soft” leads to being taken advantage of, which is often mistaken for employees just occasionally making mistakes.

A boss has no qualms for making decisions, but blaming others for issues gone wrong. A boss does not accept mistakes, nor growth, nor advancement, nor opinions, nor ideas, nor creativity. The boss expects to have what the boss wants. The boss tends to pick on you or other employees, and all employees feel as if they accomplished something by not being picked on or criticized that day. The boss may feel paranoid or insecure at times and it shows. A boss may feel the need to establish the importance of the common hierarchy system within the workplace.

In more cases than not, it is likely that everyone has worked for a boss at least once in their job career. While this is not the typical behavior of every single boss, there are certain aspects and qualities of a boss that make you question whether the boss is competent enough to be running a business. 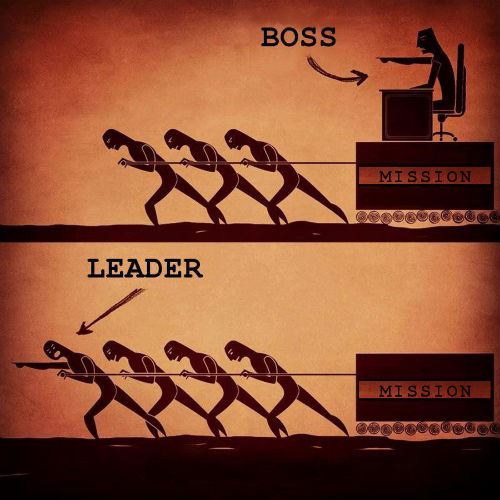 Working for a Leader

If you are lucky enough, you might just end up working for a leader. A boss can be a leader, but it is the type of leadership style that determines the type of boss the leader is. A leader has more trust and faith in the employees, may tend to put employees through trials to determine the type of challenges they can handle, but is always willing to lend a hand for support. A leader trusts the team as individuals working as a whole.

A leader never turns on the employees and is always willing to take a step right beside them in order to ensure the success of the entire team. A leader always sees the importance of working as a team, as the leaders know they cannot do everything and must rely on the team, as if it were a body of organs working together.

If the leader is to blame for a decision, the leader will step up and take that blame. A leader encourages others to express creativity and ideas, and values the opinions of the team. The leader may think in terms of a utilitarian, ensuring it is the appropriate decision for the entire company, not just a decision that will benefit the leader. A leader is likely to use terms as “us” and “we” to describe situations that may be harmful or beneficial. 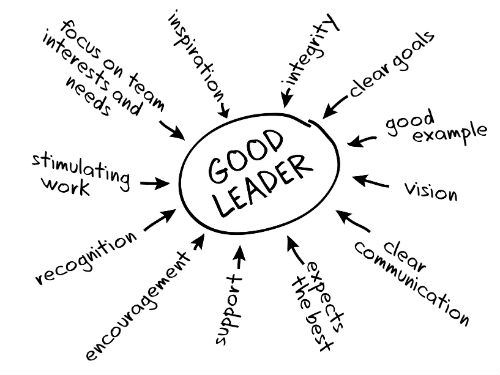 It is a privilege to work with a leader, to contribute ideas, and to feel the honor and trust that a leader has for employees, to work with a sense of freelance freedom and creativity, without being constantly supervised, micromanaged, harassed, or criticized. Once you have experienced the maturity and power of a leader, you will never want to work for a boss again. The goals of a boss and a leader may be the same, but the ways of getting to those goals are vastly different, especially in terms of the respect and treatment of employees, and in the workplace, these two aspects can make or break a company.

To A Few Patrons of the Multnomah Post Office
Staying Organized In The Office: Tips And Tricks For Keeping Track Of Your Workload

Read Another Confession:   Liars and Deceivers