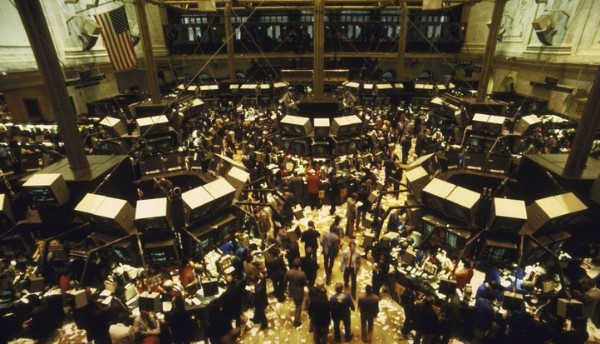 The Wolves of Wall Street

Money. It is the major motivating factor for all humans on this planet. There is a need to obtain it in order to fulfill their wants and needs, dreams, goals, and desires. For some, there is the simple desire to fulfill basic needs of survival and everyday living. For others, the drive is money itself in order to obtain wealth beyond the average human need and live a life of complete luxury. Most people believe that a lot of money will make them happy, while those who have a lot of money, although they may never say they are happy or unhappy, never seem to be satisfied with what they have, but would never dream about giving all of it away.

Most people work a job for their paycheck, other people have inherited a savings, while others just got lucky by making a good investment or coming into some money, and making smart choices with money. Often with that extra money, they are able to make a lot more money, as money begets money.

Wall Street remains a controversy for many people, but despite how much “the 99%” complain, “the 1%” do not really care. After all, complaints or not, money is being made. Only a part of the “1%” are considered the wolves of Wall Street, or those who have made a living out of making bets and gambling on companies all day, everyday, five days a week, either get rich on their investments, or lose everything, and have made it their career.

Read Another Confession:   When Posting Content Has No Filter

These “wolves” tend to be more privileged, have mentors at an early age, or just know how to play the money game, learning the secrets of the stock market and where, what, and exactly how to invest in order to make an insane amount of profit. These Wall Street wolves live and breathe for making money, and will do anything and everything to make more of it.

This infographic takes a deeper look into the lives of the Real Wall Street Wolves.

The average pay of Wall Street employees, including salary and bonuses, was $360,700 in 2012 (latest statistics).
Still, that’s more than 5X the average worker pay in the U.S.

Read Another Confession:   Improve Your Posture At Work [Infographic]

The bonuses rose even as profits from broker-dealer operations of New York Stock Exchange member firms fell 30 percent to $16.7 billion in 2013.
The stock market has risen 30 percent for the year (through Dec. 24), representing a gain in paper wealth of $5.2 trillion. That’s produced 56 all-time highs, second only to 1995, which had 91

CEO who “doesn’t get it”: McDonald’s C.E.O., Don Thompson received $14 million in compensation — including an $8.5 million bonus —in 2012, while his company published a brochure for its work force on how to survive on their low wages.