The Failure of Western Companies in China 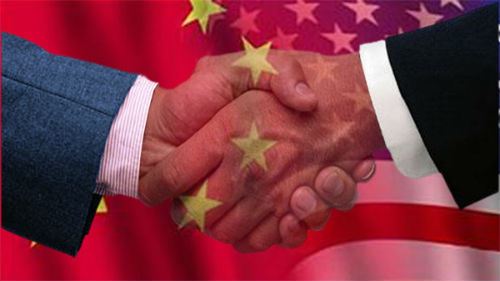 Some of the biggest global brands have tried to crack China and failed. Why is it that companies so successful in the west find it so difficult to replicate the success in China? There is no single answer, but it makes for interesting analysis to look at why big companies such as Google failed to be successful in the Chinese market.

Google initially faced issues with censorship but even when they did set up their official Google.cn page it could not compete with Baidu.com, which was and still is considered superior by Chinese people. It also seems as if Google had some difficulty understanding the Chinese audience the way Baidu.com did.

There appears to be a trend of western companies not understanding how the Chinese market works. Many companies simply use the same business model they have always used in the hope that it would translate well in the Chinese market. A good example of this is Best Buy, who simply stuck with their American business model assuming it would work in China. It did not work, and Best Buy’s decision to focus on large flagship stores did not suit the Chinese audience, who generally prefer smaller stores.

Read Another Confession:   Declutter Your Life As An Entreprenueur [Infographic]

Why Western Companies Fail In China

Some of the biggest global brands have tried to take on China, but the majority have failed. We ask why.

The Big Companies that Tried to Crack China but Failed

When it entered the market:
Google China (google.cn) was set up in 2005

Censorship. Internet Content Provider (ICP) Licences are used by the Chinese government to censor what content is displayed in China. Every legal website in China requires one. Before 2005, Google.com was operating “illegally” in China and so a heavily censored Google.cn was set up. Chinese users still did not take to it though, local search engine, Baidu.com, was and still is considered superior, offering higher quality results for its audiences.

“… Even if Google actually did take the time to study up on the market it wanted so badly, the American corporation wouldn’t be able to understand its audience the same way Chinese firms like Baidu do.”

When it entered the market:
2004 (renaming itself “Ebay EachNet”)

Despite aggressive marketing campaigns, eBay EachNet, just couldn’t get the edge over competitor, Taobao. Taobao, established by Alibaba —a leading Chinese e-commerce company, was also a consumer-to-consumer (C2C) auction site but it was deemed to be more customer-centric. For example, Taobao’s built-in instant messaging system allowed customers to see a seller’s online status and communicate with them easily – a function not seamlessly incorporated into eBay EachNet’s system.

Read Another Confession:   5 Tips To Make Sure You're Paid For Overtime

“It was clear that Taobao had an upper hand against its global counterpart because it really understood Chinese customers. As a result, Taobao had higher customer satisfaction than eBay EachNet…”

Home Depot’s do-it-yourself American approach didn’t work in the Chinese market where labour is so cheap that most people can simply hire a handyman. After six years of struggle, Home Depot shut its seven stores in China in 2012 and let go of 850 staff members.

“China is a do-it-for-me market, not a do-it-yourself market, so we have to adjust.”

Mattel didn’t take time to establish the Barbie brand in China before opening up its six-story flagship store on Shanghai’s Huaihai Road, one of the most expensive shopping streets in the country. In America, Barbie is an iconic 50 year old brand, but in China, she was just considered another doll.

“Mattel tried to bring a 50-year-old brand to a new market that had just gotten to know Barbie.”

Industry experts claim Best Buy’s decision to stick to its American business mdoel brought about its failure in the Chinese market. It focused on building large flagship stores, like in the U.S., instead of smaller, conveniently located retail outlets more suited to Chinese consumers. In addition, Best Buy in China was perceived as being too expensive, their products were priced higher than in local markets.

Read Another Confession:   Mistakes We Make In Our Relationship

“Going forward, foreign retailers need to localize their product selection, sales formats, and be smarter in their location choice in order to compete with emerging brand savvy, local players.”

What the Experts Say

“This is the most complicated and fiercely competitive market place in the world. The marketing and communication of international companies are somewhat mild and not really getting to customers.”
Rodney Cao, Founder at BrandVista.com

“The traditional multinational company hierarchy often does not fully support “100% localization”, and for a large market like China, you will need “100% localization” to compete with the local players. Issues often arise due to long decision-making processes involving HQ, non-localized senior management teams, one platform for all strategies, etc.
Yi Shi, CEO and Founder at Avazu Holding

“When firms partner with each other, they are thinking about what the other side wants… We’re adding a key piece of information: It depends on the country.”
Michael Witt, Affiliate Professor of Asian Business and Comparative Management, INSEAD Business School

“Some foreign companies give little authorization / decision-making capabilities to their local team in China, so leaders in China cannot hire people according to their needs, or make campaigns without the headquarter’s authorization. As you know, the market changes rapidly, and not having any authorization always leads to slow reaction.”
Leon Du, Co-founder at Beansmile.com

Signarama
Where Toronto Goes For Signs