Most Loved and Profitable Betting Markets
Human Greed: Earth Isn't Big Enough For All The Species 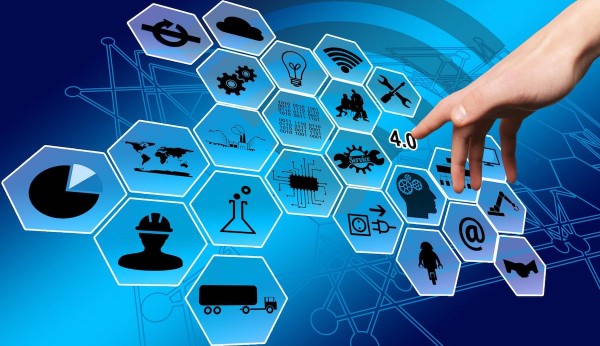 In 2012, the UK saw the birth of over a quarter of a million new businesses, according to the Office for National Statistics.

Now, analysis* conducted by DeVono Cresa can reveal that just over 4 out of 10 (43.2%) businesses launched in 2012 had survived by the end of 2017, with different sectors demonstrating vastly different success rates. Highlighting who is the new breed of office tenants in London and the UK.

Some of the best-performing sectors are those in which businesses may have a more entrepreneurial edge, such as technology, media and communications, and information, whilst the alternative sectors of health and education are also thriving.

Read Another Confession:   Is China The Next Land of Opportunity? [Infographic]

·         Information and Communication enterprises also performed very well across this period, with over 25,000 new businesses starting up in 2012. After five years, an impressive 47.4% of enterprises in this sector were still in business.

·         Businesses in the alternative sectors of Health and Education have also shown robust growth over this period, with enterprises achieving a survival rate of 55.0% and 49.1% respectively, which is well above the national average of 43.2%.

Other sectors did not appear to be growing at the same rate:

·         The survival rate for Business, Administration and Support Services was much lower. Of more than 30,000 businesses that started up in 2012, just over two thirds were inactive (62.3%) after five years.

·         There were considerably fewer births of businesses within the Finance and Insurance sector, with only 4,450 new enterprises registered in 2012. Despite this, at the end of 5 years, 43.1% of these businesses had survived, just shy of the national average.

·         Property sector enterprises saw a large decline by the end of year 1, with only 78.6% of companies still in business. However, by the end of year-5, the sector had levelled off with an above-average survival rate of 44%.

London is still the most attractive location for new UK enterprises: in 2012, there were over 65,000 new businesses born in London – by far the largest number across the UK, and this growth is continuing.

Elsewhere across the UK:

Read Another Confession:   Vital Role Of Nurses In The Delivery Of Affordable Care [Infographic]

London’s commercial office market has also grown geographically. Although traditional areas are still in demand, it is ‘newer’ locations that are enjoying the biggest success and growth:

DeVono Cresa’s own client data statistics from 2017-19 confirm some of the trends that we have seen over the 2012-17 period. The biggest sector for growth in the capital continues to be the technology sector, with the professional sector also performing strongly.

Read Another Confession:   7 Tips to Become a Successful Web Designer

Gemma Foord, Head of Flexible Leasing for DeVono Cresa, said: “Since 2012, there’s been a real growth in new innovative and creative businesses, particularly those that are part of the gig economy with start-ups from technology, media and communications firms.

“Our research was prompted by trends we have seen in the market since 2012, especially with the rise in technology firms opting for flexible workspaces. These growing businesses have been favouring shorter terms over traditional leases, giving them the ability to scale up and down as and when required, access skillsets from designers to facilities professionals and creating a workplace that can attract and retain talent. These young and agile companies want fast entry into fully fitted, well designed offices with flexibility.”

“These firms attract younger workers with newer working styles, and we are pleased to see such sectors’ survival rate being so high.”

The full report can be found here: https://www.devono.com/blog/survival-of-the-fittest-the-sectors-that-have-boomed-since-2012/

Most Loved and Profitable Betting Markets
Human Greed: Earth Isn't Big Enough For All The Species