The United States Of What Everyone Is Wondering
YouTube: A Valuable Tool in Society [Infographic] 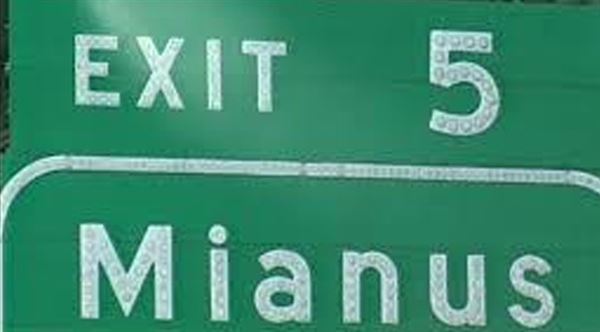 When it comes to naming things, from a company to a domain to a child, it ought to be fun to try and pick out a name, a memorable and professional name that everyone will remember. Sometimes names are easy to pick, while other times, it may lead to arguments or renaming things after more careful thought is given. Once a name is established, it is quite hard to change the name, but it does happen. Companies re-brand themselves with a new name and people who get married can choose to change their last name, or pay a small fee to change their legal name if they wish to be called something different.

When it comes to naming streets and towns, you can drive to any state, and you will see that they are nearly similar to the state you live in. For example, there is a First and Second Street in almost every state. There are plenty of common town names, and they are also likely to be street names as well, that you can also find in many different states, including Newark, Lakewood, Wildwood, Springfield, Clinton, Madison, Franklin, Washington, Chester, Chesterfield, Marion, Georgetown, Greenville, Salem, Oxford, Arlington, Dover, Cleveland, Dayton, Clayton, Riverside, and many more.

Who is responsible for this job? Once upon a time, it was likely government officials or mayors who came up with names, especially city or town names, but the task has since gone to developers of neighborhoods, at least for street names. Developers who move in and build the town will often give traits and attributes of the surrounding areas to the names of the streets. Towns will also get their names, sometimes based on historical events that happened there, or prosperous families who were well known in the town and dedicated a lot of money and time to building up the town.

If you look back on our history, the job of naming towns, cities, and streets was probably not an easy one, but taking a deeper look into some city names, it makes you wonder if there was not some humor involved, either from local, state, or government officials, and certainly now, from the developers.

When it comes to some states, you have to wonder what was going through their minds when they came up with these names. Here are the most lewd-sounding town names in every state. 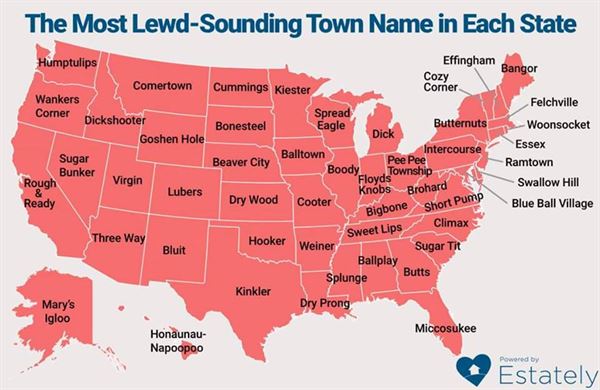 The United States Of What Everyone Is Wondering
YouTube: A Valuable Tool in Society [Infographic]

Read Another Confession:   The Best European Capital Cities To Work