What is a Printed Circuit Board And What Profession Uses Them?
Companies Taking A Stand [Infographic] 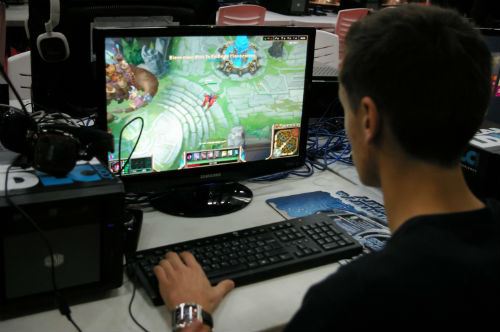 I was part of generation Atari and generation Nintendo. While playing outside was very common for my generation, playing inside for several hours a day was also common. During the day, I would go outside and play touch football, baseball, volleyball, etc. I would go to the park and makes arts and crafts projects, swing on the swings, head over to the merry-go-round, and have our own adventures. I don’t like to admit it, but I was also a pyro. The rules between my friends and I were: No burning anything alive. We would dig pits in the ground and throw a bunch of papers in there with plastic bottles and etc. with the matches we stole from our parents pocketbooks or found on the ground, and just watch it burn for hours. That was the extend of my pryo-mania days. At night, I would return home to watch some television and play a few videos games. That was my life for many years until I began to get heavily involved in PC gaming.

PC games offered something beyond the normal play of a gaming system. It offered the opportunity to play with other people from around the world. The very first game I began playing online was called Subspace Continuum, which is still a very popular 2-D game that is similar to Star Wars, after 20 years. I began playing in 1998. I never got into Everquest, but I moved on to another very popular MMOPRG (Massively Multi-player Online Role Playing Game), called Asheron’s Call, with a character called Xarex on the Harvestgain server. My addiction was probably just as bad as anyone else’s, with times where I would skip school just to stay home and play the game. As a result, I was the first to max out my character’s skills, with a rainbow show and hundreds of players who came to see it happen. It was quite amazing and one of the best times of my life. Unfortunately, life events got in the way and I moved on from gaming. The character is now in the hands of another person who I had trusted at the time, and he still continues to play the character today.

My final days of gaming included Elder Scrolls: Oblivion and Call of Duty for the X-box. Once I started college, my gaming days ended, and I had always told myself: Eventually, I will get back to gaming. Eventually, I will enjoy the fun of gaming again. It never happened, at least not until almost 10 years later. I kept telling myself I would get into gaming again and as each day passed, I never got back into it. Fortunately, when I discovered Steam and downloaded a ton of games, I was able to allow myself to get back into it, though I still have many games I have not yet played, with many more being released each year.

Steam was an amazing tool. Not only did it make me feel like I should download my games legally, but instead of having to keep track of hundreds of CDs for the games I bought, they are all kept in the Steam library, which can be downloaded on to any computer. I have the patience of not buying games immediately and waiting for those incredible price drops that Steam often does every year, so I only spend a few bucks on games during those holiday seasons. Although I had not played as much as I wanted, I began playing smaller games until Elder Scrolls: Skyrim was released and I got heavy into that for a while, before getting busy with other things in my life.

Confessions of the Professions and NoteToServices, my blog and company respectively, would consume my productive life outside of work and became more important to me than gaming, so gaming got knocked to the back burner again. If I was gaming, I was not being productive, and I felt bad about it. Therefore, I always had to be reading about something, learning something new, writing an article, or making something. In my heart, however, the call of gaming never really left, as it never leaves anyone who has to suddenly put gaming on hold for a while in order to get other things done. Every so often, I find myself playing the games I bought on Steam, from The Walking Dead, to lesser known games, and even Skyrim every so often. I will always be a gamer at heart and I have learned: Life will always get in the way, but it is okay to set a few hours aside for leisurely activities.

The call of gaming will always be there and I do find myself, in times of my insomnia, playing video games, though I must watch the hours, as my addiction can get the best of me, and an hour turns into three hours, and even five hours. Gaming takes a lot of time and it is so much fun that the hours just pass by. When it comes to gaming, unless you are neglecting everything else in your life, don’t feel too bad. It is okay to set a few hours aside, so long as your other responsibilities are being taken care of and you are being a responsible gamer.

If you are a gamer at heart, you should do what you love and game, but if it does affect your life, and your girlfriend, fiance, or wife is threatening to leave you because of your addiction, than work out a deal with her to control your habits to spending no more than an hour or two gaming per day or a few hours a week. Rather than giving it up completely, which you should not do, as you will replace your habit with something else, make a reasonable deal and continue doing what you love.

After all, if you are like me, you are truly a gamer at heart. Though I am aware of my addiction and I set my limits with timers or observance of the clock.  I look at my start time and I have an end time in mind. If I go a few minutes past that end time, I am not so down about it, but if I go beyond that time, I know there is a problem with my gaming addiction, and I just have to be aware that gaming is not everything. Do not be afraid to embrace your inner-gamer!

What is a Printed Circuit Board And What Profession Uses Them?
Companies Taking A Stand [Infographic]

Read Another Confession:   They Rule The World