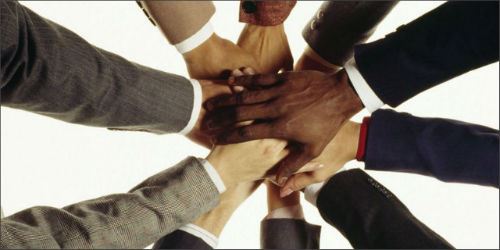 What separates the winners from the losers in the business world? There are many concrete ways to measure a company’s success: how many people it employs, its annual and quarterly revenues, the value of its stocks to shareholders—often, these are the only things people consider in looking at a business of any size. But perhaps the most critically important element that defines a company is something less measurable: its culture.

Work culture is determined by several factors, mostly revolving around the way employees communicate, collaborate, innovate, and excel. Everyone from executives to trainees are influenced and affected by company culture. While scientific management principles have their place, hard numbers only tell part of the story, because humans are naturally social creatures, and anytime they assemble they will begin to forge a new group culture.

Just because it is a natural phenomenon among people doesn’t mean a company can’t take a deliberate approach to developing its own unique culture. After all, almost everyone has a story about working in a toxic corporate environment, yet knows someone who always seems thrilled to be going to work every day.

Every company has a unique style, its own way of doing things, and we call this the company’s culture. Culture affects a number of different aspects of an organization, from the hiring process to employee engagement and productivity, even a company’s brand.

Companies with strong cultures have employees who actively participate in those culture, influencing branding perceptions. For example:

Read Another Confession:   Vital Role Of Nurses In The Delivery Of Affordable Care [Infographic]

When a young girl at a Disney Theme Park lost her doll, Disney employees:

Trains everyone in their customer service department
Zappos employees are well-known for the lengths they go to on behalf of their customers, such as:

Culture and the Hiring Process

Job applicants care about culture
College students were willing to receive 7% less in starting pay to work for an organization whose values they shared.

Candidates who are chosen based on their fit in a company’s culture are more likely to:

46% of new hires quit or are fired within 18 months

Many hires leave due to cultural mismatches, including:

Work skills can be taught. Fitting into a culture cannot be taught.

How They Do It

When Southwest Airlines flies candidates in for interviews, the attitudes and behavior of the candidates are monitored by:

Zappos even offers new hires $2,000 to quit after their first work or training. This is an attempt to weed out someone who isn’t passionate about the company.

According to a Gallup poll, only 13% of American workers are engaged at work.

24% are classified as “actively engaged”

63% are classified as “disengaged”

Companies with a storng culture have a less staff turnover tahn those that don’t.

Employees that fit a company’s culture are more likely to be happy.

Happy employees can be as much as 31% more productive

Employees that provide the most social support, i.e. engage in their company’s culture are more likely to:

How to Create a Great Company Culture

Every company’s culture is different, but there are a few general strategies that experts like Dan Ariely and Dan Pink recommend, such as:

Ariely, a psychologist and economist, performed a series of experiments

These experiments determined that people are more likely to continue doing a task when they feel their efforts:

How Great Company Cultures Take Advantage of This

A number of psychological experiments over 40 years have shown that offering an incentive to solve creative problems can actually hurt performance.

In one experiment, two groups of people needed to complete a timed task.

Read Another Confession:   What Does Your Desk Say About You [Quiz]

The second group took 3.5 minutes longer to perform the task

Pink advocates three qualities of intrinsic motivation that have been shown to increase performance in creative tasks:

In January 2009, 97% of online encyclopedia visitors went to Wikipedia instead of Encarta. Microsoft canceled Encarta by the end of that year.

How Great Company Cultures Take Advantage of This

Companies like Google have “20% time” self-directed time when employees can set their own tasks, form their own team and make something to present to the company

In an average year, approximately half of Google’s products emerge from their engineers’ 20% time.

Workplaces with strong company cultures have some of the most successful brands in the world, and a key facet of their success is the strength of their culture. A positive, uplifting cultures increases employee productivity and creativity, decreases burnout and turnover, and strengthens a company’s brand overall.