Creative Atmosphere For A Professional Writer
Education and Technology [Infographic]

I celebrated Google’s Sweet 16 with a month of Google articles, from Google products to Google facts to Google experiences. Time flies fast and it has already been two years and we are celebrating Google’s adulthood. If you are 30 years old, you are a Google digital native, born in the 1980s. You learned how to use the Internet, found your favorite search engine, probably used Yahoo or Lycos or Webcrawler or Dogpile, which gave you what you believed were the best results at the time, filled with “keyword-rich search results”. Google came along and showed you how wrong you were. You were born in 1997 or 1998, you are turning 18 to 19 years old and are an after-Googler. Google was founded in or around 1998. I personally remember when Google showed the number of “indexed” results right below its search bar. This means that you are either older than Google or you are younger than Google. You know a world where Google does not exist or you know a world where Google has always existed. The term “google” has always existed to the younger generation, while “googling” wasn’t even a verb or a word to the older generation.

Read Another Confession:   Hacks for Repainting Your Home Exterior [Infographic]

The only thing that Google meant, spelled correctly as googol, to mathematicians, was a very large number, in which it is the number represented as one followed by 100 zeros (10100). Since then, Google has become a household name, used by billions of people, searched by billions of people, and has become ingrained in all societies and civilizations around the world. Google is used by celebrities of all nationalities and is available in all languages worldwide. Google is worldwide, though there are “disruptions in several locations” (see photo below) where Google is unable to transmit or receive data. Most notably, it is reported that Google is banned in China, though with China using its own search engine, though it may have a “supervised China Google” version. (Google.cn) 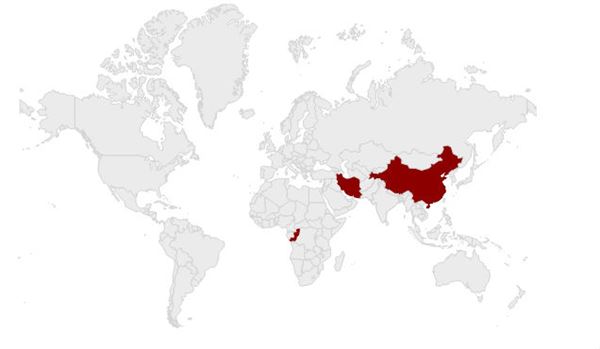 This means that Google is located in nearly all “waves” of the Earth. Google Earth, after all, shows us the complete map and every square inch of Earth, even revealing images of our very houses and cars. Google is everywhere and there is almost no way to turn Google off. Google is in the phone you use and has become the phone you use. Google has acquired most of the watched Internet, as it holds the key to search and video, Google.com and YouTube.com, and has a positive net worth of billions, as well as stock that none of us could ever hope to afford. There was certainly no way of knowing what it would become then, but we all wish we could travel back to 1997 and invest in this garage startup.

Read Another Confession:   Pornography In The United States [Infographic]

The idea behind it was pure genius and it was inevitable for what Google would become and the power it would have to control the world’s information. How much pot, if any, did Larry Page and Sergey Brin smoke before they thought, “You know the library index? What if we could take all the information in the world and put it in there, but like, it could be inside of a computer and like anyone could look it up for free?” Yup, simple idea, big money. That is usually all it takes. The idea was so genius and had to be discovered with pot or a similar psychedelic because it was not evil and the motto of “Do No Evil” stuck with their company, so while Google must make money to keep running, if not more money than the banks, we have yet to know of its true intentions, which seems to simply be in delivering knowledge and trends to the world, for it does remain one of the largest influencing factors in the world.

Creative Atmosphere For A Professional Writer
Education and Technology [Infographic]