How Does Custom Apparel Packaging Help Elevate Your Brand Identity?
Which Is Most Trusted Dissertation Writing Service In The UK

I once went to college with a woman who had a disease called Progeria or Hutchinson-Gilford syndrome. Most would have made fun of her or called her ugly, but she wasn’t. She was far from it when you actually spoke to her and understood that she was very happy person on this Earth, living with a genetic disease that causes the individual to age faster and look older than everyone else. I did not know her personally, but I wanted to take note of Adalia Rose, who I discovered when she was around the age of 7 and followed her throughout her glorious years, until her death at age 15 on January 12, 2022.

There are billions of human beings on this planet and unfortunately, there are occurrences where not every human being who is born is going to have perfect genetics. In fact, a great majority of us are overweight, obese, have acne, and the list goes on and on. With hundreds of thousands of human beings being born everyday, there is always a chance for something to go wrong with our genetics.

I personally was born into a family in which I had two cousins, one on my father’s side, Betty, and the other on my mother’s side, Donald, who were born with Down Syndrome. I had known they were different, but to me, it was completely normal. Betty lived into her 60s and unfortunately, by the last decade of her life, had begun to show signs of Alzheimer’s disease. Donald lived until he was 36, double the lifespan that most people who are living with down syndrome are given. Both were given a lot of love and support from their families and both changed the hearts of everyone in their lives. They, themselves, had the biggest hearts of most normal people I knew. I remember and miss both of them everyday and can only feel that I was blessed to have been born into my family.

When I would watch Adalia Rose on social media, at first, I was taken aback, not understanding fully the human being I was seeing, but as I got to learn about her, watched her on her YouTube and Facebook, I began to understand that she was just a little girl who was provided with the utmost love and care by her mother and her siblings. To them, Adalia Rose was her daughter and their sister. She was no different than any other human being, born on this Earth and given a chance at life. And as you watch her videos, read about her stories, understand her life, you realize that the reason she lived beyond her life expectancy of 13 years old, making it to 15 years old, was because she had the love of so many people.

Read Another Confession:   3 Qualities You Need To Be Successful Working In Elder Care

Adalia Rose knew of her genetic disorder and rather than see it as a weakness or be scared of people, she wanted people to know who she was and that just because she appeared different did not make her any different than anyone else, and in fact, probably allowed her to have a much bigger and more loving heart than most people could ever know. Adalia would dress up, put on makeup, or play with her dolls. She would run around the house, play hide and seek with her siblings, and spend time receiving love and affection from her wonderful mother, Natalia Amozurrutia.

My observations of Adalia Rose was that she a beautiful young girl who managed to grow into a young woman and was changing the world in her own way. Her mother did all she could to protect her and make sure that she only knew love. The world gained a lovely soul on December 10, 2006 and that great soul finished her journey on January 12, 2022, but it is her mother who continues to be strong and is the one who made sure the world knew that her daughter would have an amazing life, no matter what. 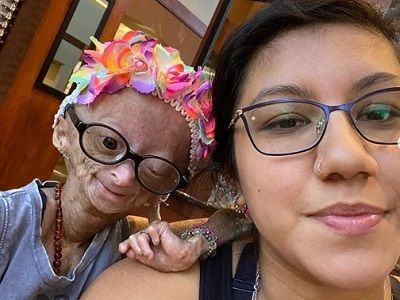 Rest in peace, Adalia Rose. And thank you Natalia for being the strong-spirited woman and beautiful soul you are.

How Does Custom Apparel Packaging Help Elevate Your Brand Identity?
Which Is Most Trusted Dissertation Writing Service In The UK