Asking For A Lower APR
Twitter For Business [Ebook]

What’s Your State Watching On Television? 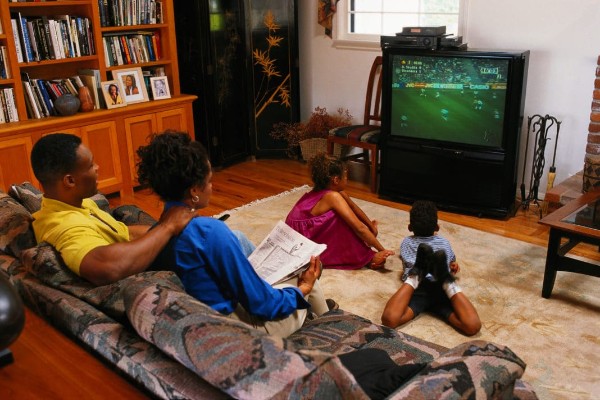 Television is relatively young technology, but it has been one of the most influential factors in our history, from showing us the very first broadcast in black and white of a television show to broadcasting the Presidential debates. The TV has become a mesmorizing tool that many Americans find themselves watching, often for hours a day. There are plenty of dangers of watching so much television including eye sight, but more specifically, the deeper psychological impacts that television can have on a person, especially young children.

It is very common for there to be no less than one television set in a household. It is also quite common for children to be introduced to television shows quite young, from watching Barney and Friends to Sesame Streets to the Teletubbies. TV has become a form of entertainment as well as an educational tool. It allows us to get our news, complete with full coverage of videography and reports of what is happening, oftentimes even live events. Before the television, there was radio, which was just as popular, but the television is something that we can see visually, so it is naturally more appealing.

In its early stages, television would actually end, usually around midnight, and the screen would go blank, to show static or “white snow”. Nowadays, television is 24/7, although there are plenty of networks that show “paid programming” which is usually a paid advertisement commercial or infomercial. Some channels do not even go to infomercial and play shows 24/7, even on holidays. Many people even need the television for background noise in order to fall asleep.

Television has always been a supply and demand type of business for entertainment. In order to continue to entertain, networks happily fund businesses to produce shows to meet those demands. Some shows find success while others are not a big hit. Many people remember growing up with their shows, including the Andy Griffith Show, The Dukes of Hazzard, Mork & Mindy, Walker, Texas Ranger, Mr. Ed, Rosanne, The Waltons, The Addams Family, The Munsters, and many more. These shows become staples of childhood, and due to their popularity, you can still find many shows from your childhood on networks such as Nick At Nite or MeTV.

This map shows the most popular television show in your state. 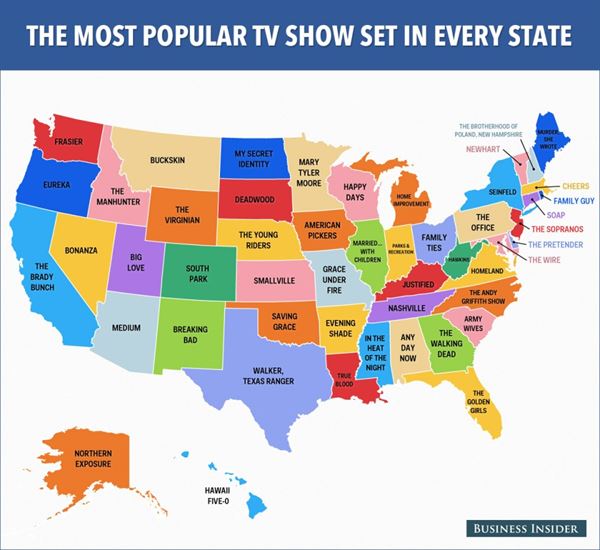 THE MOST POPULAR TV SHOW SET IN EVERY STATE

Asking For A Lower APR
Twitter For Business [Ebook]

Read Another Confession:   Having Trouble Reading? Why You Should See An Eye Doctor