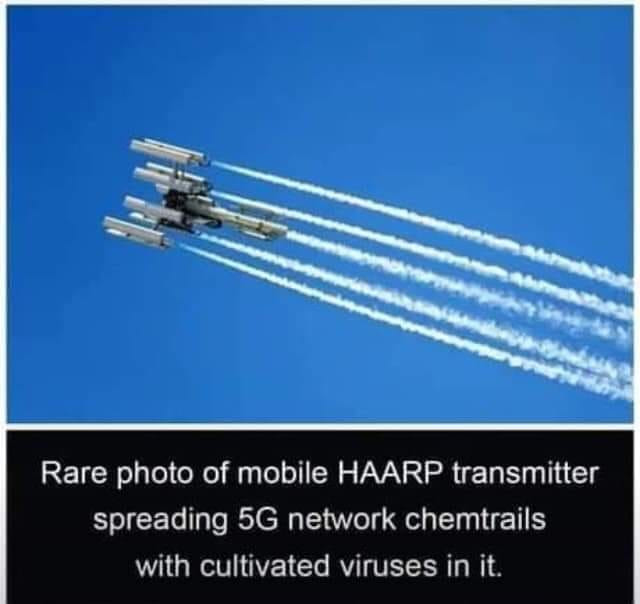 Disclaimer: None of what I write is claimed to be factual of the COVID-19 pandemic story, but is a conspiracy that can be taken with a grain of salt, or taken to heart. Up to you.

As a conspiracy theorist and someone who has been alive to see this drama play out, a drama that started before I was born, in which the United States became involved in foreign affairs, and why it actually needs to remain in foreign affairs. The world is far larger than you or I can fathom, yet it seems so small because technology allows us to be so close together. We have learned just how big it is and how fast our networks are with the CCP virus or COVID-19 virus.

I have had the privelage and continue to have the privelage of talking to people from all over the world. I did learn from them why the numbers were significantly lower, particularly in Asian countries, and even Mexico: not every hospital visit constitutes the corona virus. The numbers of people claiming to be sick with corona virus, who are, in fact, infected with it and showing symptoms, might be turned away from the hospital and told to later return if the symptoms get worse. By the time they get worse, they are too ill to return to the hospital and die in their homes. These cases may not be reported. Random people, particularly the homeless, who die in the streets, are not typically going to be tested or reported. The cases of infected is far worse meaning this number is largely unreported in almost every country, who wants to make things look better than they actually are, as to not “cause panic and fear” in the public.

Read Another Confession:   How To Find A Plumber You Can Trust [Infographic]

At the same time: the media is reporting so much on COVID-19 because it is a very serious virus that is culling the elderly, in order for us to be able to save more money, particularly in countries with older populations, who are no longer contributing as much, but are simply taking up too many resources to keep everyone alive. Social security is running out. Overpopulation is draining the resources of the Earth, and the most dispensible portion of the population is being culled: 60 to 80 year olds, obese individuals, those with pre-existing conditions such as diabetes, history of heart disease, heart attack, or stroke. This portion of the population costs a lot of money to keep alive. I know it is not what you want to read or accept. Believe me, I want my mom and dad to be alive until they are at least 90 years old, but before the time they even reach that age, they are just waiting to die.

There is no time to really mourn: no funerals, no gatherings, nothing. Entire generations of people being wiped out and while they will be remembered by their families: most of our governments can only compensate us with our own money. If in the United States: you fare of the worst: one-time you get $1,200 while they also secretly use your tax dollars to bail out the corporations. What happened to all the money they got with their tax breaks? Now these companies are begging for more money. Why? Because I am sure it never went to any employee raises or bonuses. These 91 companies paid no federal taxes in 2018.

The American people have truly learned about their government: they may blame Trump. But this all occurred long before Trump was in office and can be traced back as far as the Clintons, who made deals “on behalf of the American people.” Deals always seem great by what the immediacy gets you: dollars up front and on-going business for cheap. It works… for a time. Until one day, the hand that feeds is no longer the only hand. And when that happens: you want power, you want authority, you want to be that hand, for if you were that hand, you could make whoever you feed do anything you need.

Read Another Confession:   Taxes Around the World [Infographic]

Whoever controls the money will control the world. China knows this. China has known this long before the United States even existed. China has the tools necessary to globally dominate if they wish, though the next steps for the United States is that China may underestimate what capitalism is, or just how much fake money the United States government can print before nothing actually works anymore, and we have a globally depressed economy, with booming country economies trading our own dollars that pay us for our time.

China knew about the virus at least a month before it was known and went viral. The fact that they were silencing their own doctors, calling them whistleblowers means they wanted people to leave the country infected, so they unleashed it upon the world, not mentioning until almost 6 weeks after the “initial outbreak” to the World Health Organization that this was a virus that was no longer under control. The world had shut down and over a million people are dead. To China, the numbers of people do not matter, even if it means the death of millions of their own. In a country with 2 billion people, the numbers do no matter. You can wipe out 90% of an ant dwelling and it doesn’t matter: those ants live for two reasons: find food and protect the Queen at all costs.

In the case of the CCP virus, China will always protect their own interests, so if this means they can come out ahead in the global economy, then the additional 100,000 to 200,000 deaths that China has not reported would be worth it, even it means they had to pay their citizens “mourn” and “comfort” or in actuality, “hush” money. The global war with the United States came to a head in 2017 to 2018 with China, when Trump decided he mentioned the United States would no longer trade with China for free or allow them to continue stealing our trade secrets. There is a lot more that I could talk about, but to get down to it: this pissed off China, and China has had every reason to figure out how to go to war with the United States without ever sending a single soldier.

Read Another Confession:   What You Need To Accept Credit Cards Checklist [Infographic]

Instead, China would send its citizens who make up millions of Chinese tourists around the world. What better way to send a virus into the world then through people who could survive long enough to bring it around the world? There is no other way to defeat the United States global empire dominion. While the United States invested billions of dollars into war and less in science, China has not only been learning about American technology due to trade secrets that should have been kept a secret, but has heavily invested in science and technology, while still remaining steadfast in mandatory military service for all men. A direct world war in military action is likely to lead to a very scary planet full of many dead people, but at the same time, the United States has the most advanced technology and deadliest weapons in the world. Russia also has some top secrets too. Germany once held many, but the loss of World War II guaranteed that Germany would never have the type of power to rise to that level again.